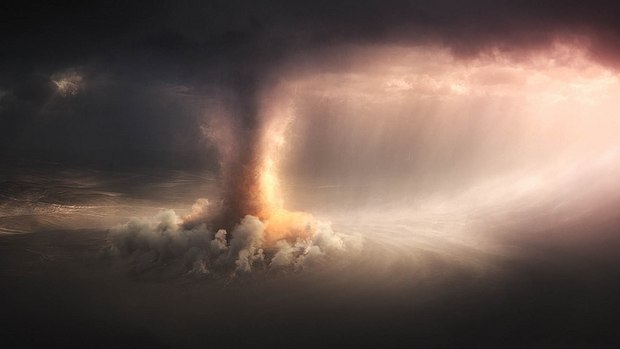 LUDWIGSBURG, Germany -- Marc Zimmermann's diploma film Natural Attraction (2015) received the award for Best Student Project at SIGGRAPH Asia 2015. Zimmermann, who is an Alumnus of the Institute of Animation at the Filmakademie Baden-Wuerttemberg, thus seizes one of the most important awards for student films in animation and visual effects. SIGGRAPH Asia 2015, the Asian edition of the world’s most influential conference on computer graphics, takes place from November 2-5 in Kobe, Japan. The prize winners have now been officially announced on the SIGGRAPH Asia website.

Natural Attraction combines epic 3D images and terrific sounds (mixed in Dolby Atmos) to create a natural spectacle that turns a sparse, dry landscape into a fruitful place bearing new life; the interplay between sky and earth expresses the dependency and symbiosis of both elements. Director Marc Zimmermann is also responsible for the film's visual effects and part of the film music. Receiving this important award for his diploma project makes him deservedly proud: “It is my passion to visualize emotions via digital landscapes and to convey these emotions to the audience,” Zimmermann commented. “This was also my main goal when realizing Natural Attraction. I am thus extremely happy to receive this award which I see as an affirmation of my artistic work.”

Zimmermann finished his studies in animation in spring and is now working on visual effects for different national and international advertisement companies and image film productions. Although the ambitious effects artist is well occupied with these projects, he still finds the time to work on his own digital art and plans to do another short film as soon as time allows it.

The Institute of Animation has four other students films accepted at SIGGRAPH Asia this year: Chocolate Darwin (Patxi Aguirre), Electrofly (Natalia Freitas), Jazz Orgie (Irina Rubina) and Some Thing (Elena Walf). These animated shorts, including Natural Attraction, are going to be shown at the Computer Animation Festival -- a section of the SIGGRAPH conference -- as part of the Electronic Theater screening which features a selection of last year's best animation- and visual effects projects.

On top of what already is a very strong presence at this year's SIGGRAPH Asia, the Institute of Animation is going to show its short film program, Best of Animation, at the Computer Animation Festival, presenting thirteen outstanding student films from the Institute's beginnings until today. The program is part of the Filmakademie Baden-Wuerttemberg's jubilee festivities, since the prestigious film school is celebrating its 25th Anniversary in 2016.

Source: Institute of Animation, Visual Effects and Digital Postproduction at the Filmakademie Baden-Wuerttemberg