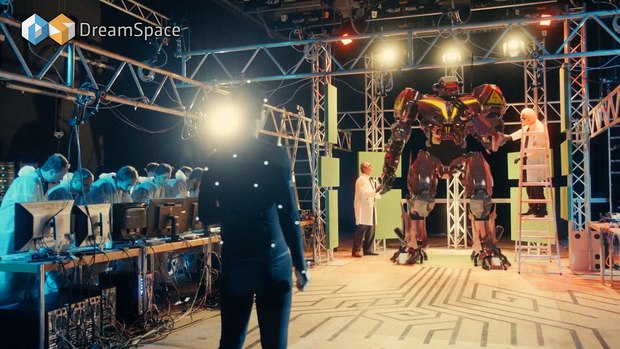 LUDWIGSBURG, Germany -- The R&D department at the Filmakademie Baden-Wuerttemberg‘s Animationsinstitut and its partners have successfully concluded their work on the EU-funded DREAMSPACE project. Over the course of three years, the DREAMSPACE project sought to advance collaborative and intuitive real-time production pipelines in order to further blur the boundaries between production and post-production. Prof. Volker Helzle, Head of the R&D department, will present the Virtual Production Editing Tool (VPET) -- a tablet-based on-set editing application for collaborative virtual filmmaking that has been used for several film productions at the Filmakademie -- at SIGGRAPH Asia (December 5-8) in Macao, China.

The open-source tool VPET is one of the many prominent results of the initiative that enables creative professionals to combine live performances, video and computer-generated imagery in real time and to collaboratively create imaginative entertainment experiences. The results could, amongst others, be experienced at the Frankfurt Book Fair 2016 in the Guest of Honour Pavillon this year. In an effort to connect their research to the production realities in the region, the Animationsinstitut’s R&D team also cooperated with Emmy Award winning company Mackevision who, as a result of this interaction, initiated their first comprehensive virtual production for a feature film - the first of its kind and size in Germany. In addition, the students’ exposure to DREAMSPACE technology in the Animationsinstitut curriculum has resulted in the recent foundation of alumni start-up Headraft, which focuses on the virtual planning and pre-visualization process in media production.

The final, complete results of the DREAMSPACE are available on the project’s website.