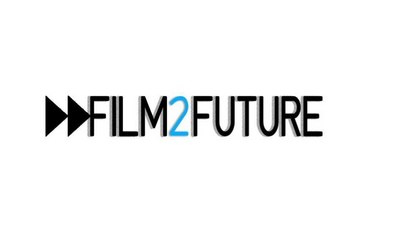 LOS ANGELES -- Ad agency Deutsch has partnered with Film2Future, a non-profit organization that provides an onramp for underprivileged diverse high school students into the film and creative industries. Together they will host a two-week intensive program on animation in Deutsch’s new 48,000 square-foot production studio, Steelhead.

Twenty-five students will participate in the program, which is slated to run from June 12 through June 23. The students will gain hands-on animation experience working with Deutsch specialists and industry experts on state-of-the-art equipment. By the end of the program, each participant will have built a portfolio of work for their own academic and professional use.

“This is a great chance to expose kids to all of the opportunities Hollywood has to offer,” says Steelhead president Vic Palumbo. “Many of these students don’t have the option to attend a four-year college, so it is our goal to prepare them for the really interesting careers in entertainment that don’t require higher education. We’re excited to mentor the Film2Future students and explore the talents of the next generation of creatives in film and entertainment.”

Launched in 2016, F2F gave 19 students across the LA Unified School District the opportunity to learn about the film industry through an intense film production workshop. As part of its program, F2F provides healthy meals and transportation for every class session and event.

Rachel Miller founded F2F to use the entertainment business as a pathway for at risk, diverse youth in Los Angeles to gain admission to college or to find a rewarding profession. At the same time, F2F graduates will help Hollywood solve its diversity issues.

“At Film2Future, we are elevating young people and working to diversify the workforce in Hollywood.” says Miller. “In order to have more women and minorities in creative roles, we have to start in high school to develop a real pipeline into the entertainment business. Vic Palumbo, Chris Kauffman and the team at Deutsch/Steelhead jumped at the chance to strengthen Film2Future. Not only will this year’s Film2Future program share valuable entertainment knowledge with diverse teenagers, but will also inspire LA’s young talents to pursue amazing careers in the industry.”

Miller is also a founding partner of Haven Entertainment, a management and production company that has produced award-winning documentaries, films and TV shows and represents top writers, directors and actors.

Applications for the 2017 F2F summer program will be open until May 1. F2F relies on partnerships and fundraising to keep the program alive. For more information on donations and how to apply, visit Film2Future.com.