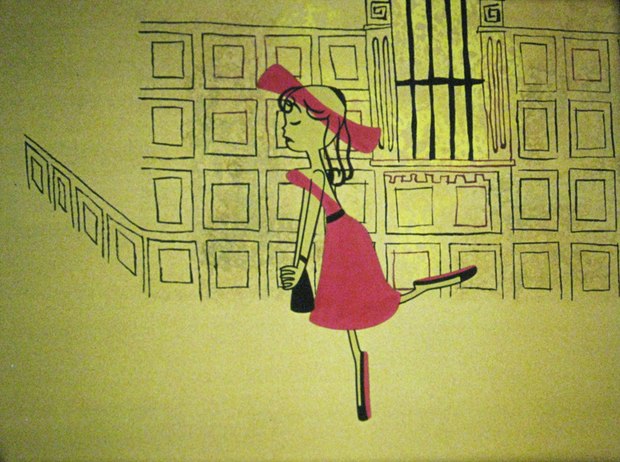 Film Forum commemorates the centennial of animation pioneer John Hubley with two special programs on Tuesday, May 20 at 7:40 and Tuesday, May 27 at 6:30. An additional program, Mr. Magoo & Friends, a Hubley tribute designed for children, will be presented as part of the weekly Film Forum Jr. series on Sunday, May 25 at 11:00 am.

An up-and-coming art director at Disney, where he worked on Snow White, Bambi, and Fantasia, John Hubley (1914-1977) left the studio following a bitter animator’s strike in 1941. In its wake, he and other ex-Disneyites formed United Productions of America (UPA), revolutionizing the medium with a new, freer visual language. Hubley’s memorable work at UPA included the Oscar-winning short Gerald McBoing-Boing (which he supervised) and the first cartoons featuring the character “Mr. Magoo.”

A victim of the blacklist, Hubley was forced to leave UPA in 1952. The following year, he started Storyboard Studios, where he anonymously created a series of memorable television commercials. In 1955, he switched to independent production, working alongside his wife Faith for over three decades at their own Hubley Studio.

Each program at Film Forum will feature new restorations of Hubley’s UPA and Hubley Studio cartoons, three of which won Oscars for Best Animated Short.

MAY 27 – PART II
Includes Ragtime Bear, the very first Mr. Magoo cartoon; Oscar nominee Of Men and Demons, the Hubleys’ first collaboration with Quincy Jones; Urbanissimo, with the music of Benny Carter; and Windy Day and the Academy Award-winning Moonbird, both featuring the candid voices of the Hubleys’ kids. Approx. 85 min.