Program highlights include US and New York premieres of 69 feature length and short films; animated selections by special guest Wes Anderson; a tribute to French animator Paul Grimault; and shorts program including the best of Annecy International Film Festival; and an inaugural student short film competition. 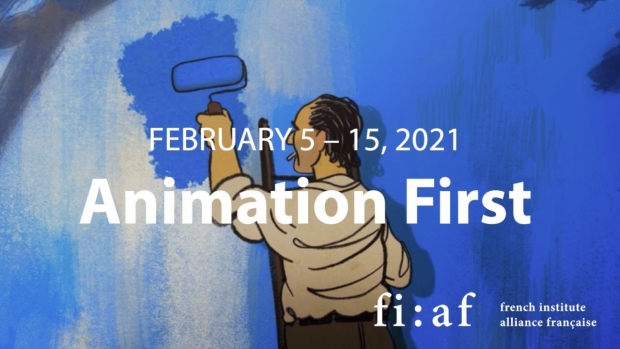 The French Institute Alliance Française (FIAF) has announced that the 2021 Animation First Festival, featuring the work of France’s animation studios and schools, will be presented exclusively online from February 5-15.  Highlights this year will include the US and New York premieres of 69 feature-length and short films. An additional four animated films have been selected and added by this year’s special guest, Wes Anderson. Screenings will include new restorations of popular and lesser-known masterpieces as well as works in progress of new, highly anticipated films. This year’s event will include a new student competition; talks with filmmakers; workshops; and interactive graphic novels as well as augmented and virtual reality programs.

“This year's Animation First promises to be the richest in the Festival's history,” commented FIAF president Marie-Monique Steckel. “We are delighted to have so many exciting new films, cult classics, and our first American special guest, Wes Anderson. It's particularly gratifying to offer, across the United States, at a very affordable price, the chance to discover the amazing world of French animation.”

US and New York premiers include:

French animator Paul Grimault (1905–1994) will be given a special tribute with a screening of his cult classic, The King and The Mockingbird (Le Roi Et L’oiseau).

A new student competition will bring together emerging talents from six schools in the US and France. Five films will be selected from each one of the participating schools—CalArts (California), Ringling School of Art and Design (Florida), SVA (New York), EMCA (Angoulême, France), Gobelins, l’École de l’Image (Paris), and RUBIKA (Valenciennes, France). The 30 entries will compete for juried awards as well as an audience award.