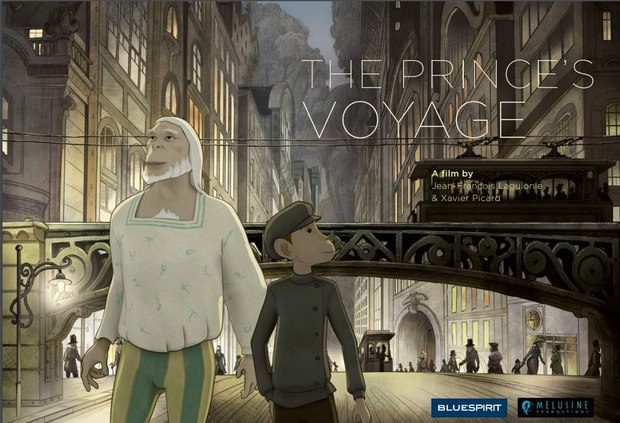 Animation First opens with the U.S. premiere of The Bears’ Famous Invasion of Sicily (2019) by illustrator Lorenzo Mattotti. This adaptation of the 1945 Italian children’s book by Dino Buzzati marks the debut feature film by Mattotti, who is known for his New Yorker covers and graphic novels. François Laguionie, this year’s guest of honor, has received accolades as an influential contemporary animation filmmaker. The festival will host the U.S. premiere his The Prince’s Voyage (2019) as well as a screening of his film, Louise by the Shore (2016). FIAF will present a newly restored print of his debut feature Gwen and the Book of Sand (1982), and a program of his shorts including his award-winning Rowing Across the Atlantic. The Painting (2011), will be shown in two programs geared toward young audiences. The director will lead a discussion of his career and preview excerpts of his forthcoming film Slocum. In conjunction with the event, Laguionie will be conducting masterclasses with students at the Pratt Institute and the School of Visual Arts.

The event will feature the NY premiere of Anca Damian’s Marona’s Fantastic Tale (2019), nominated for Best Feature at the 2019 Annecy International Animated Film Festival. The festival will close with the 2020 César-Nominated Short Animated films, showcasing France’s most notable achievements in this category over the past year.

Animation First, in partnership with the New York Institute of Technology, will present the U.S. premiere of Notre Dame de Paris, The Age of the Builders (2019). This look at the grand cathedral’s 850-year history, leading up to the tragic fire on April 16, 2019, will be followed by a Q&A with director Emmanuel Blanchard and motion-capture specialist Jean-François Szlapka.

There will be a special presentation of the movie The Swallows of Kabul (2019), the debut film from Zabou Breitman and Eléa Gobbé-Mévellec. This adaptation of the novel by Yasmina Khadra was introduced to New York audiences during a work-in-progress presentation at the 2019 edition of Animation First.

“As we launch our third Animation First festival, we see this medium excel at sharing the untellable and depicting the unimaginable,” commented festival co-curators, Delphine Selles-Alvarez and Catherine Lamairesse. “Jean-François Laguionie was a pioneer in pushing animation beyond children’s stories to the realms of philosophy. Meanwhile Zabou Breitman and Elea Gobbé-Mévellec find humanity in the depths of unthinkable cruelty through the ethereal The Swallows of Kabul. And this year we see the grandeur—before tragedy hit—of Paris’s most beloved monument come to life through 3D technology in Notre Dame du Paris, The Age of Builders. Each work presents its own world with a unique aesthetic and memorable characters, and we are thrilled to share them with New York audiences.”

The 2020 Animation First Festival will be held at the French Institute Alliance Française, located at 22 East 60th Street, New York, NY 10022. The main screenings will be held in FIAF's Florence Gould Hall; the entrance for that is located at 55 E 59th St, New York, NY 10022. Panel Discussions & Works-in-Progress will be held in FIAF's Skyroom; people can go to the main entrance (22 East 60th Street) to get the elevator up to 8th Floor.

Detailed program information and tickets are available on the FIAF website.