While audiences have been watching the famous feline on various screens for a century, Felix the Cat #1, from Source Point Press and DreamWorks Animation, debuts on good old paper in 2022; could new animated projects be far behind? 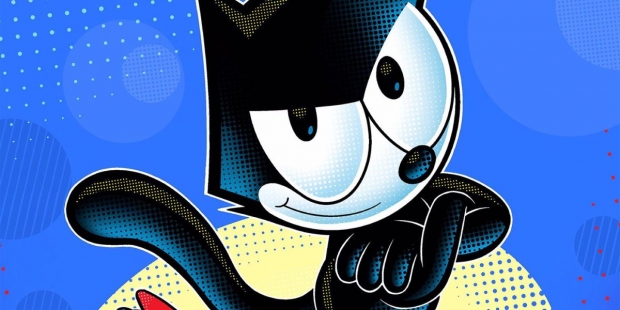 It looks like DreamWorks Animation is finally letting the cat out of the bag and off the shelf! The studio responsible for beloved Shrek and How to Train Your Dragon franchises is dusting off “Felix the Cat,” the famous property they secured rights to nearly a decade ago.

Felix became popular in the 1920s through animated shorts, a comic strip, and merchandise such as ceramics, toys, and postcards. Felix cartoons began airing on TV in the 1950s, featuring the famous “Magical Bag of Tricks” that could assume a variety of shapes. While audiences are used to viewing Felix on the small screen, Felix the Cat #1, a new kids’ comic book series from Source Point Press and DreamWorks Animation, will debut on good old paper in 2022.

The series is being penned by Mike Federali (“The Skyrocket,” “TMNT: Jennika”), and illustrated by Tracy Yardley ("Sonic the Hedgehog"). "Over the years, I've gotten to work with some iconic characters, and Felix the Cat is as iconic as they come!" Yardley told CBR.com. "Drawing his bold, graphic style and his classic cast of friends has put a feline feather in my comics cap. I'm excited for fans to see the big adventure in store for ‘Felix the Cat,’ along with his friends and foes, both old and new. It's been a ton of fun to draw, and I'm sure fans will have just as much fun reading it too."

Kept a lid on this for a long time! This project has been very slow and bumpy due to covid, but soon some new Felix the Cat comics will be out with line art by me, story by @mikefederali and colors (on issue 1 at least) by @MattHerms from @SourcePtPress
Check it out! #Felix https://t.co/nwi9PmdIAn pic.twitter.com/ddGswEbwxh

While it is certainly refreshing to see Felix will once again touch the hands, hearts, and minds of children, perhaps this also spells the reintroduction of the beloved character in animated TV and film?

Felix the Cat #1 will be available in stores and online in 2022.