The notorious actor has been ‘asked’ to resign from his iconic role of Gellert Grindelwald after losing a libel case against British tabloid ‘The Sun,’ which labeled the actor a ‘wife beater.’ 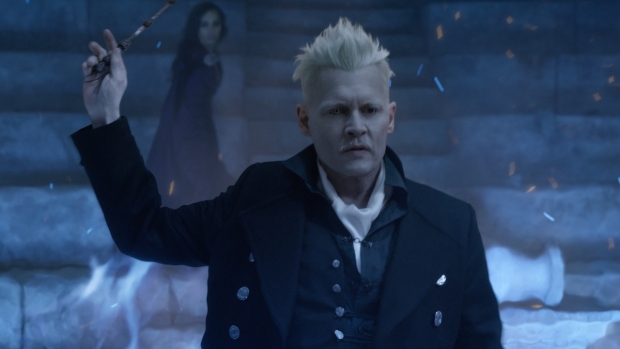 A new release date has been announced for Fantastic Beasts 3, the latest installment in J.K. Rowling’s Harry Potter prequel series. This news is largely due to the drama surrounding the film: Johnny Depp, star of Fantastic Beasts: The Crimes of Grindelwald, has been asked to resign from his role after losing a libel case against the British tabloid The Sun, which labeled him a “wife beater” in a 2018 exposé. Depp has been experiencing an avalanche of high-profile press, much bad, during more than two years of legal warfare involving his ex-wife Amber Heard’s accusations of spousal abuse over three years ago. Before the official ruling in the libel case, both Fantastic Beasts 3 director David Yates and “Harry Potter” author J.K. Rowling were firmly on Depp’s side.

In a 2017 interview with Entertainment Weekly, Yates gave his opinion of Heard’s allegations, claiming, “one person who took a pop at [Depp] and claimed something…Whatever accusation was out there doesn’t tally with the kind of human being I’ve been working with.” In line with his support, Warner Bros. stated, “Based on the circumstances and the information available to us, we, along with the filmmakers, continue to support the decision to proceed with Johnny Depp in the role of Grindelwald in this and future films.” It seems, however, that the studio giant has received the evidence it needs to finally sack Depp.

This decision has split fans of the series into two camps: “just cancel the movie already,” and “which exciting new actor should replace Depp?” For the latter, more optimistic group, names being tossed around include Ewan McGregor, Johnathan Rhys Meyers, and the most logical choice, Colin Farrell, who played Depp’s character Grindelwald in the first Fantastic Beasts film.

Depp is not the only actor causing the casting directors strife. Ezra Miller, who portrayed Credence Barebone in the first two films, came under fire earlier this year when a video was released of the actor choking a woman outside a bar. Miller, however, seems to have kept his role, while Depp was officially canned, despite the questionable evidence presented at court to support Heard’s abuse allegations. Even J.K. Rowling is now coming under fire for being anti-trans and non-binary.

Fantastic Beasts 3 is now set to debut on July 15, 2022. However, the real question isn’t when the movie will be released, but whether it is ever going to be free from controversy. At this point, should there even be a third film?