Fans Already Disgruntled with Studio Ghibli’s ‘Earwig and the Witch’

The first 3D/CG offering from the famed Japanese animation studio is already making waves, with many claiming it looks low budget and of dated quality. 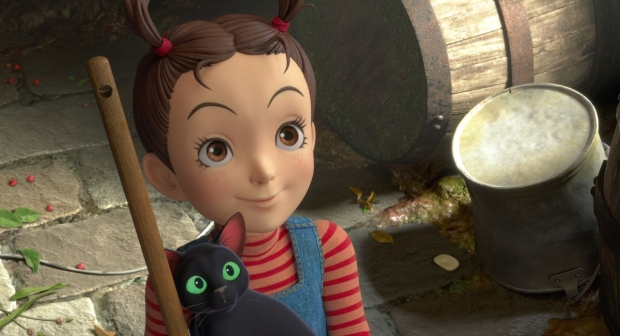 There’s trouble brewing in animated paradise. The groundbreaking first 3D/CG feature film from beloved Studio Ghibli, Earwig and the Witch, hasn’t even premiered, and it’s already alienating audiences. The film deviates from the classic Miyazaki 2D hand-drawn style, an idea spearheaded by Hayao’s son and Earwig director, Goro Miyazaki. Supported completely by his father, Goro states, “I was the only one among the people at Ghibli who knows that method of creation… I made the anime with a young staff and didn’t consult with the old guys at all.” That isn’t necessarily a good thing. Watch the newly released trailer now to see for yourself:

While the animation style is decidedly different, the CGI isn’t what’s troubling viewers – rather, it’s the questionable quality of the chosen style. Many fans have taken to Twitter to harshly express their distaste:

It looks like the kind of CG we saw out of Pixar or Dreamworks 15 years ago. Very flat, low rez textures. Limited facial animation. Even stuff that should be easily better in CG like the fire looked bad.

Really hoping they make it better.

This looks like it would fit in well alongside "Johnny Johnny, Yes Papa" rather than something like Lupin. pic.twitter.com/tLKsK56f5Q

Ngl half the characters in this are scaring the living wits out of me. I thought Ghibli took pride in it's hand drawn animations. The charm of ghibli movies was in it innocence and this just doesn't do it for me

Though the style is definitely distinct, we see its use as an artistic choice and not an issue of low-budget or low-quality. CGI allows the characters to be more expressive and life-like, which has its own unique charm. In the end, the film is still coming from Studio Ghibli, which means the story itself is sure to be heartwarming and timeless.

Earwig and the Witch will premiere on Japanese broadcaster NHK on December 30th and in North American theaters in early 2021.