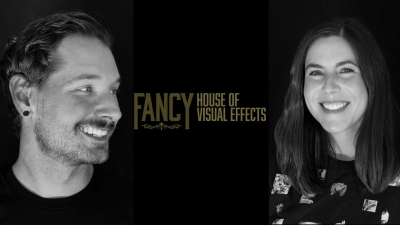 Fancy House of Visual Effects (Fancy VFX) has added two visual effects veterans to its senior team. Janine Conway joins the studio as Senior Producer, helping to oversee production and business development, while Chris Green comes on board as Compositing Supervisor, focusing on visual effects for features and television.

Conway brings 10 years of experience as a producer at visual effects and design houses including Buck and Method Studios. She previously collaborated with Fancy VFX on ad campaigns for FedEx and Service Now. Her other recent credits as VFX Producer include Google, Microsoft, Mastercard, Comcast, and Budweiser.

“As a young company, we have an amazing opportunity for growth. Janine and Chris will help us accomplish that by filling two critical roles,” said Randie Swanberg, the studio’s Founder, Executive Creative Director, and Visual Effects Supervisor. “I’ve worked with Janine in the past and she is super buttoned up and fun to work with. She relates well to artists and clients, delivers A-level work and is in tune with our philosophy. We are thrilled to have her join our team.”

Swanberg added, “Chris brings deep experience in episodics and features, and will help manage our growth in that arena.  We look to him to lead the charge as we grow our staff and resources and take on larger and more challenging long-form projects.” Green’s first assignments will be the Starz series Power Book IV: Force and the independent feature The Shade.

Conway hopes to use her experience and contacts to grow the studio’s relationships among agencies and brands. “My goal is to help Fancy VFX reach the next level by selling a team I have worked with before and whom I have great confidence in,” she said. “I see it as an opportunity to build a great team from the ground up.”

Green, similarly, sees his new role as a chance to develop a top team. “It’s a step forward for me and an opportunity to work on a broader range of projects,” he said. “I love the vibe of the studio. We mesh well and share a commitment to quality work. It feels like a family.”