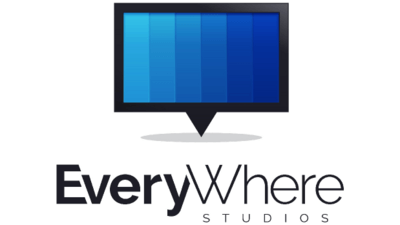 The newly-launched entertainment company will be dedicated to the production and delivery of high quality family-friendly content to audiences across multiple platforms. The studio's first production and distribution deal is currently in development and will be announced in the coming weeks.

Under the leadership of EveryWhere Chief Creative Officer Dan Angel and CEO Tom Mazza, whose extensive experience includes work at Sony, Paramount, and most recently serving as co-head of Shaftesbury U.S., the company will develop a slate of studio-quality, mass appeal, family-friendly entertainment content for audiences around the world.

“We have seen a significant surge in the demand for family-friendly content,” said Larrikin's David Calvert-Jones. “I'm thrilled to be launching EveryWhere Studios with Dan and Tom to meet this need as their expertise and vast experience in the family-friendly sector will be a tremendous asset.”

“There are not enough co-viewing options in the current marketplace for those looking for family entertainment,” continued EveryWhere CCO Dan Angel. “I'm delighted to be joining EveryWhere Studios and look forward to working with Greg and David to help bridge this gap."

“In a world where TV is everywhere, Everywhere Studios is designed to deliver high quality programming to audiences ‘everywhere’ via television, computer, tablet, or phone,” said EveryWhere CEO Tom Mazza. “With established partners around the world, EveryWhere Studios offers producers a one-stop entertainment company for the development, production and distribution of quality family-friendly content that appeals to audiences and advertisers alike.”

Based in Los Angeles, EveryWhere Studios' management ranks also include VP of Development Lori Nelson who was a former development executive at The Hatchery. EveryWhere Studios will be supported by Larrikin's Director of Finance & Business Affairs David Putt, formerly a capital markets investment banker and lawyer, and Robert Lundberg, Head of Production & Development and a Dune Entertainment veteran (Avatar) who also manages the financing and sales company, Latitude Entertainment, and oversees U.S. operations and Western marketing and media for China Lion Film Distribution.