Directed by Wes Ball, ‘The Maze Runner’ is based on the popular novel series by James Dashner and will be released in theaters on September 19th. 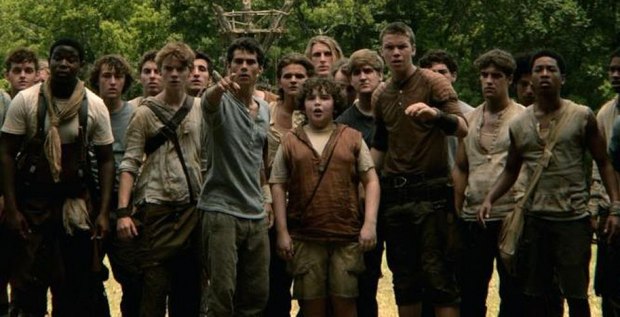 New Orleans, LA -- Factory VFX’s New Orleans division completed visual effects work for the upcoming Fox feature film, The Maze Runner. The film, directed by Wes Ball, is based on the popular novel series by James Dashner and will be released in theaters on September 19th. Fox Studios was able to take advantage of the Louisiana Film Tax Incentive program for filming the sci-fi action-adventure in Baton Rouge, and for the portion of visual effects work done at Factory VFX in New Orleans.

"Fox Studios has been a frequent customer of Factory VFX for feature films completed in Louisiana,” said Factory VFX’s Visual Effects Supervisor Eric Christensen. “By working with Factory VFX, Fox has been able to utilize the Film Tax Incentive for visual effects not only on The Maze Runner but also for other features such as Abraham Lincoln Vampire Hunter, and Percy Jackson: Sea of Monsters.

However, since Christensen opened the visual effects studio in New Orleans in 2010, the post-production industry in Louisiana has been competing constantly with the perception of generous tax incentives in Canada and overseas. Christensen believes that the accessible streamlined Louisiana film incentives will continue to encourage studios to keep more of the work within the United States.

“The reality is that while Canada can seemingly offer better price incentives on paper, their growing cost of labor and the laborious process it takes to acquire visas for artists going into Canada is much more time consuming and tedious than Louisiana,” Christensen further elaborates. “Ultimately VFX is about quality, time and money, all categories Louisiana excels at. In my opinion, it is far easier to bring artists to Louisiana than Canada, especially now with ongoing visa issues plaguing Vancouver based VFX companies. The Louisiana film incentives are hassle free and there is no visa or potential international duty concerns when using the Louisiana Film Incentive. If a studio wants to work with a certain U.S. artist, it’s a simple plane ticket away from happening.”

"With today's economy, every job that stays in the U.S. is a bonus for us all. Fox Studios has been making this happen for the residents of Louisiana by shooting many films locally," explains Factory VFX executive producer Christal Wolgamott. “Supporting the U.S. industry is something Factory VFX believes very much in. It’s important to take care of our own economy by supporting programs such as the Louisiana Tax Incentive program, which allows great discounts for studios while simultaneously creating creative job opportunities within the U.S.”

Factory VFX would like to help keep talented artists and steady post-production jobs within the United States by expanding operations in Louisiana. Ideally, the incentives that have brought physical production work to the state of Louisiana can further be adapted to help grow the post-production industry within the state as well. It is Christensen’s hope that the Visual Effects industry within Louisiana will grow faster in the coming years so that U.S. artists who now work in Canada and overseas can return to homes in the United States and still be able to have jobs that help support their families.