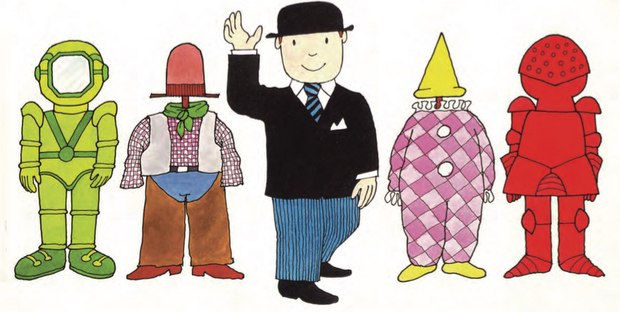 Manchester-based, BAFTA-winning animation studio Factory has acquired Rollo Rights, and will be developing their own IP under its new licensing and brand management division Factory Rights. The deal transfers rights in a raft of brands, including Rupert Fawcett’s Off The Leash and David McKee’s Mr Benn, as well as King Rollo, Victor & Maria, Towser, Watt the Devil, Art, Ric, and Dr Xargle.

Factory acquired the catalogue in a move underlining its ambition to develop an experienced rights ownership arm in supports of its studio production business. The first content to be developed is Off The Leash TV, a 2D-line animated version of Rupert Fawcett’s brilliantly observed, touchingly truthful, hit cartoons about dogs. “We’ve been developing and adapting IP since we launched in 2010, beginning with Strange Hill High and Newzoids, both of which were developed in house,” commented Factory and Factory Rights managing director Phil Chalk. “Launching Factory Rights is the next step in our ambition, and we’re delighted to have acquired such an incredible range of titles to launch our new division. Off The Leash TV has been generating huge interest already so we’re excited to launch the YouTube channel and unleash it to the world.”

Further licenses are to follow, with a number of deals already under discussion. Clive Juster, who along with David McKee owned Rollo Rights, will remain on the board at Factory Rights to advise and assist with the new division.

“Having been so close to Mr Benn, King Rollo and many other classic characters for over 30 years, I’m thrilled to have found such a perfect home for them at Factory,” Juster said. “I know that these much-loved properties will be in safe hands under their watch, and I cannot wait to see where Factory take them on their next adventures.”