The leading markerless 3D-facial motion capture solutions provider has announced a Windows-Native, C++ SDK that enables developers and creatives to build their own real-time, interactive applications SDK for its real-time facial mocap and animation technology, Faceware Live, which it will be discussing at SIGGRAPH 2017 (Booth 741) Aug 1–3. 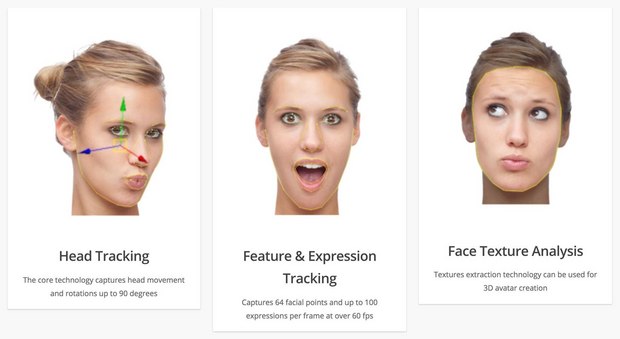 LOS ANGELES -- Faceware Technologies, the leading provider of markerless 3D facial motion capture solutions, has announced an SDK for its real-time facial mocap and animation technology, Faceware Live. The Windows-Native, C++ SDK will enable developers and creatives to build their own real-time, interactive applications. SDK users can allow live player-to-player chat in games, live interactive displays and activations, and even integrate the SDK into their own production tools and processes. Faceware will be speaking about the capabilities of the SDK at SIGGRAPH 2017 (Booth 741) on Aug 1–3.

“With the rise in VR/AR/MR, interactive marketing, and the use of CG, we’re seeing a growing number of inquiries from many different markets,” said Peter Busch, vice president of business development at Faceware Technologies. “Rather than addressing each and every request, we’ve created a SDK to enable developers to develop the tools they need to meet their own needs. We’ve got some amazing use cases I can’t wait to talk about.”

Features of the new SDK include:

“We’re really excited to put our real time facial tracking technology directly into the hands of developers,” said Jay Grenier, director of software and technology at Faceware. “Faceware Live has or is being used for a number of real-time applications, such as Hasbro’s live-streamed social media announcement for Monopoly and the recent Macinness-Scott installation at Sotheby’s ‘Art of VR’ event in New York. And now, with Faceware LiveSDK, the community is about to get a fantastic new tool to develop their own amazing applications.”

Faceware LiveSDK is will be available soon on a limited basis. Companies interested in using the SDK should contact sales@facewaretech.com (link sends e-mail).