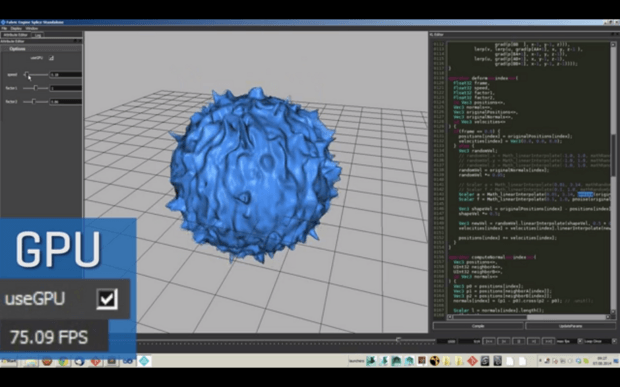 Fabric Software CEO Paul Doyle said: “We are delighted to announce these new deals with Double Negative, Psyop and Blur. Fabric Engine is a platform, so it’s great for us to have more high-end studios jumping on board and using our technology. However, we want to make it even easier for studios to get started with Fabric Engine. We understand that it can be hard to justify investing resources in a commercial platform like Fabric, even for the initial evaluation. There’s also a perception of risk when ‘building in someone else’s garden’. We don’t want those things to be a barrier to the adoption of Fabric, so we’re making some big changes to our business model to make it as easy as possible for a studio to use our technology.”

To facilitate the decision-making process and reduce the perceived risk of adopting a commercial solution, Fabric Software has introduced a new ‘studio starter pack’. The Fabric Fifty package includes 50 free permanent, floating licenses of Fabric Engine with support via the public mailing list. Pricing kicks in when a studio is ready to expand beyond 50 seats or wants access to the benefits of a site license, such as unlimited render nodes, production support/on-site services and early access to alpha/beta modules such as Horde, Fabric’s real-time crowd system.

The site license deal at Double Negative comes after several months of evaluation and could result in Fabric Engine being implemented across many elements of the pipeline. Double Negative CTO Graham Jack said: “Currently we are looking to use Fabric Engine to accelerate the rigging, skinning and display of animated characters. However, what’s really interesting to us is that, while we’re starting out looking at its use in a specific area, ultimately it is a framework that can be used across pretty much every tool in the pipeline. This means that as new architectures, libraries and file formats become available the impact of supporting them is removed from our developers.”

Psyop decided to use Fabric Engine in their pipeline so that tools can be developed faster and ported to multiple environments. Psyop head of pipeline Tony Barbieri said: “Fabric Engine allows us to code in one environment and port to others without making changes - this frees up the R&D team to work on other tools. We also have a lot of artists who are not programmers so the visual programming feature of Fabric Engine has been a real draw.”

Psyop CTO Jean-Francois Panisset added: “Psyop is very excited to partner with Fabric Engine, allowing us to base all of our in house CG pipeline tool development on a robust and high performance platform.”

Blur is looking to Fabric Engine to supplement the Maya workflow by creating and improving tools focused on character development. Blur Pipeline Supervisor Jeff Beeland said: “Our goal is to better our bid times in rigging, and improve the performance of our rigs for Animation. Even a modest improvement would result in a significant benefit to the studio, and we believe with Fabric Engine that we can do even better than that. The value of Fabric is obvious in rigging and animation, but we also expect it to bring improvements across multiple areas in the pipeline.”

Fabric Software will be hosting a SIGGRAPH user group at the Vancouver Convention Centre (Room 306) on Tuesday August 12, 10:00am-6:00pm. Sessions will cover characters and crowds, use case examples from MPC and Hybride, as well as visual programming, Splice for 3ds Max and deep technology dives. See www.fabricengine.com/siggraph for schedule.