Blocks make visual programming even more powerful and easy-to-use; new release to be shown publicly for the first time at SIGGRAPH 2016. 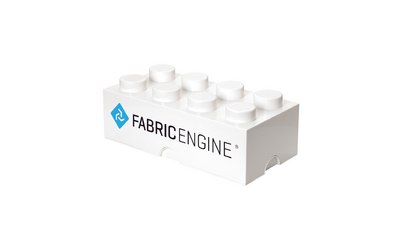 MONTREAL, QC -- Fabric Software has released Fabric Engine 2.3 with “Blocks,” an addition to Canvas visual programming that enables artists to do things that were previously possible only by writing code, opening up new possibilities for technical staff. The new release will be shown publicly for the first time at 2016 SIGGRAPH.

Blocks are Canvas graph containers for user-provided functionality within a preset -- the “block” inside a “for” loop is literally a Canvas graph. With Blocks, technical directors can create complex presets (either graphically or with code) exposing only the controls that make sense for non-technical users to modify. Users can then modify the preset by filling in the content of the blocks -- visually -- without needing to know all the details of the preset.

“The goal for Canvas is to make visual programming fun and intuitive, and Blocks delivers on that by providing an elegant mechanism for handling things that used to require coding. Building tools such as custom deformers to meet exotic production requirements is even easier than ever and now no longer something only TDs can do,” commented Fabric Software CEO Paul Doyle.

Blocks are powerful and flexible

While Blocks make it straightforward for non-technical users to control the behavior of presets, whether supplied by Fabric or created by their own technical team, they are powerful and flexible enough for the technical artist, TD or programmer. There are no context limitations and the combinations are endless.

Fabric Engine 2.3 ships with a number of useful pre-defined Blocks, such as ForLoop, Geometry Deform and Image Modify.

Fabric Engine 2.3 is available for download immediately and will be shown at the Fabric Engine User Group on Tuesday July 26, 10:00 am to 6:00 pm (Room 201B, Anaheim Convention Centre). The user group schedule includes sessions featuring Blocks and Fabric Engine 2.3, as well as the “Fabric for Unreal” pipeline, a rigging workshop and customer presentations from Double Negative, MPC and Psyop. More information regarding registration and scheduling is available here.