Montreal, Canada – Fabric Software Inc. (formerly Fabric Engine Inc.) has secured a round of investment from former Senior Autodesk VP Marc Petit, and two founders of the Montreal VFX firm Hybride Technologies (now a part of Ubisoft). This incoming capital will give the team at Fabric the resources they need to further develop their core technology and the Fabric Engine. Fabric Engine is a development platform that enables content creation studios to reduce the cost and risk of building high-performance tools and applications.

For the creative industries, performance and interactivity is everything. Visual effects, animation and games companies can instantly enjoy the full benefits of the latest computing hardware advances, such as many-core CPU architectures, GPU computation and cloud computing. Fabric Engine brings high-performance computing to anyone in the facility, empowering TDs and artists alike. Fabric is easy to deploy and quick to learn as, along with its standalone capabilities, it is also fully integrated into the industry’s main tools, such as Autodesk Maya. As complexity and performance requirements continue to rise, Fabric will break the research and development (R&D) bottleneck that slows down most development cycles.

In practice, Fabric Engine has enabled Hybride Technologies to build a range of proprietary tools, including a Deep Image Compositor and an Alembic Scene Assembly tool, in half the time it would have taken to build from scratch. 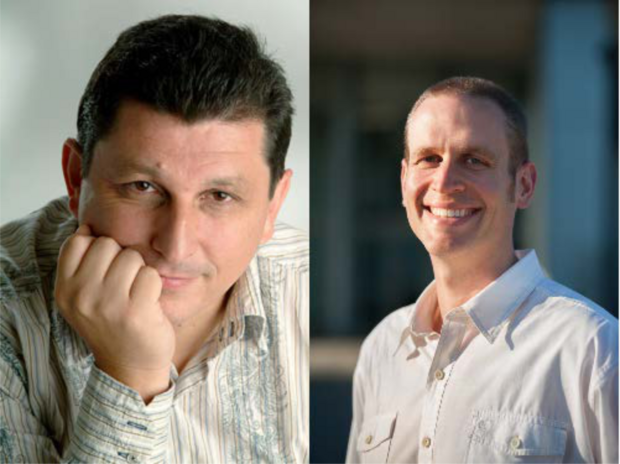 “After two years of putting it through the paces on feature productions, we can confidently say that it is something no studio should be without,” said Pierre Raymond, investor and co-founder of Hybride Technologies. “In a very short time, you can build tools that rival anything on the market, which frees you up creatively and financially. Supporting this was a no-brainer.”

“We decided to invest in Fabric Engine as we strongly believe a commercially available development framework is what our industry needs to be successful,” said Michel Murdock, investor and co-founder of Hybride Technologies. “We want to be a part of the solution.”

In addition to their investment, Murdock and Raymond will assist Fabric with strategic direction and market intelligence.

Marc Petit, entrepreneur and former Senior Vice President of Autodesk’s Media and Entertainment Division, has also assumed a role as Chairman of the Board. His exceptional industry experience will be used to advise and guide the Fabric management team as they jointly set strategic paths for the company.

“VFX and animation companies need to customize their production environment, it’s critical to their ability to reconcile creativity and productivity,” said Petit. “Fabric Engine brings a level of flexibility to production pipelines that TDs have never seen before. It’s the tool that the industry has been waiting for; it’s exciting to be a part of it!”

“With these investments and the recent MPC site license announcement, it’s clear that the industry gets what we’re doing with Fabric Engine,” said Paul Doyle, CEO of Fabric Software. “The changing nature of the business means that building expensive frameworks in-house just doesn’t make sense financially anymore. Fabric offers studios a way to stay at the cutting edge of R&D, yet simultaneously reduces the cost and risk of custom development by providing a sound platform for them to build on. Marc, Pierre and Michel believe in this concept as much as we do, and we are delighted they have signed on to help us achieve this goal.”