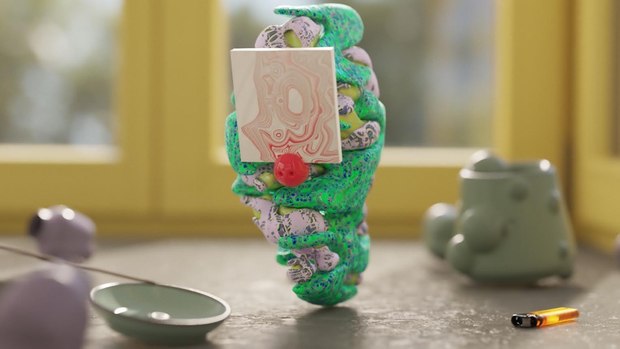 Award-winning visual trend lab and brand image consultancy f°am studio brings their artistry to unveil the advanced features of Cinema 4D Release 20 (R20), a breakthrough version of MAXON’s iconic 3D design and animation software. Their richly imagined short film Influencers was commissioned to highlight the advanced features and streamlined workflows of the next evolution of Cinema 4D, available as of August 1.

f°am studio is a tightly knit studio of unique and established directors represented by Friends Electric for commercial work in both the U.S. and U.K. f°am studio works directly with brands to develop bespoke key visual design concepts and stories, shaping contemporary brand image culture that points far beyond the conventional themes. Cinema 4D is the perfect companion to this way of seeing and experiencing the world and enables f°am studio to translate this visually. It encourages a design-centric and playful exploration, enticing f°am to take advantage of any new angles and unique perspectives that arise unexpectedly as they create.

“At f°am studio, we are lured in most by things that are often overlooked,” says the collective. “This curiosity is the root of our work, and our inspiration for this film. Influencers is about drawing out the intrigue in the Everyday and allowing it to humbly influence the world around us. For us it’s a celebration of the Creative Process.”

Inspired by the concepts of kami and animism (the idea that all things possess a spirit), the film gradually reveals a vibrantly animated world that usually goes unseen. The more we watch, the more we see the influences that alter the life we live.

Music and sound by creative audio studio Antfood drives the unexpected surprises that keep rolling into view: a multi-colored whatchamacallit transforms with a pop, while a glass-like prism moves about with illuminated tentacles. With Influencers, f°am delivers an exploration of Cinema 4D’s groundbreaking update with a puzzling and delightful exercise in unbridled creative abundance.

“With access to Maxon’s Cinema 4D R20 prior to its release, we had the pleasure of putting its new features through their paces,” the f°am team states. “The newly implemented Fields and Volume Mesher, together with MAXON’s tireless tweaking and improvement, makes Cinema 4D Release 20 a powerful and well-rounded bundle to express creativity at the highest level possible.”