Collaborative short film from 19 different artists and companies debuts at the 2015 motion conference in Santa Fe. 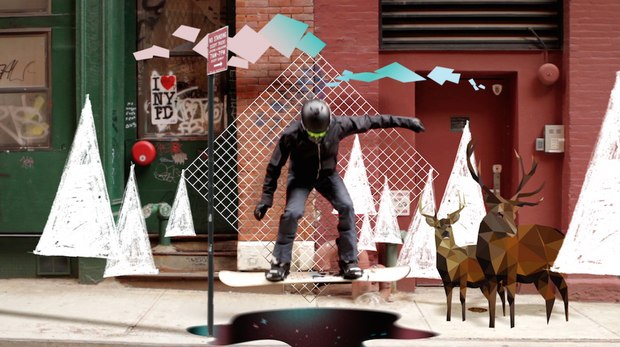 LOS ANGELES & NEW YORK -- Michael Waldron, TV Land’s VP Creative Director Art and Design, recently directed artists from around the world for his second installment of The Exquisite Corpse Project. Commissioned in conjunction with the 2015 motion conference in Santa Fe, the collaborative multimedia film debuted at the conference in June before premiering online as a Vimeo Staff Pick early this month.

Inspired by the project's classic parlor game namesake, Waldron tapped 19 different artists and companies to create three-to-five-second original pieces around the theme of “balance.” Much like the “draw-fold-and-pass” game, the snippets were concealed from the other contributors (except those that came just before and after), then seamlessly edited together to reveal the final 2:20 piece.

“We had such an amazing mix of diverse talent who each brought something unique to the table,” Waldron says. "Some interpreted the theme literally while others more abstractly. That’s the fun of it -- you never know how it’s going to turn out until it’s finished.”

Waldron, a seven-time speaker at the motion conference, originally initiated the first Exquisite Corpse with his own creative team at TV Land to supplement his presentation at last year’s conference. This year, he was excited to open participation to his eclectic peers and colleagues across the industry. Beyond a host of stateside talent and studios, the film is represented by an international field of artists, from Iceland to Korea to South Africa.

“What everyone loved about this project was experimenting and trying different processes that client projects don't always offer,” says Waldron.

The final aspect of the nearly four-month undertaking involved layering the music by Ben Kahle and sound design by John Wilkinson.

“Everything so seamlessly fit together that sometimes you don’t know where one sequence ends and the next one starts,” concludes Waldron, who will next embark on a third effort to coincide with the 10th anniversary of the motion conference in 2016. “I feel lucky to have directed such a good mix of people, with different styles and backgrounds. Their dedication and passion resulted in a beautiful art piece with surprising results.”