Exclusive: Sneak Peek of ‘Wolfboy and the Everything Factory’ Season 2

Nyx (Juno Temple from ‘Ted Lasso’) rallies the disarrays against Sprytes in a clip from the new season, which promises more whimsy with the wild, weird, and wonderfully epic adventures of Wolfboy, an imaginative oddball who discovers a strange realm at the center of the earth; the 2D animated series returns to Apple TV+ with all new episodes September 30. 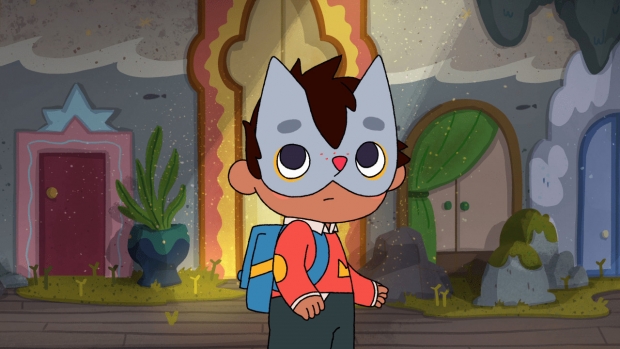 According to the streamer, the new season takes Wolfboy, voiced by Kassian Akhtar, to a new realm underneath the Everything Factory, where Nyx attempts to lure him to the dark side. With his Spryte friends and new allies, Wolfboy engages in a quest to unite the forces of creation and destruction and realizes that being different is what makes him special - and ultimately, it’s the oddballs and dreamers who change the world.

In this exclusive sneak peek of the new season, we see Nyx boldly rally disarrays against the Sprytes: