Watch the trailer for HaZ Dulull’s new animated feature film, produced with support from an Epic MegaGrant, which follows a young boy held captive who can tap into multi-dimensions across space and time; the festival runs October 27-30 - the career fair set for November 12. 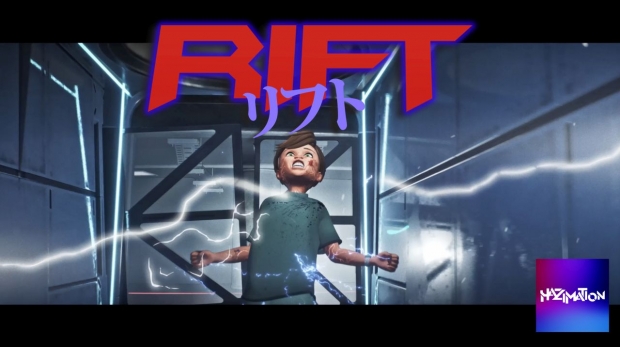 The film follows Max, a young boy held captive in a research facility, who uses his ability to create rifts in the fabric of spacetime and across parallel universes, searching for the one where he is rescued by his brother Leon, a former marine. However, with multiple attempts ending in Leon’s death, the strain begins to take its toll on both brothers. When Max discovers his captors are using his power against him, he realizes he must stop focusing on how the story ends and rewrite the story from the beginning.

In a statement, HaZ Dulull said, “We are pleased to announce that RIFT will have its world premiere at SPARK ANIMATION. RIFT is a tour de force rollercoaster ride of big and intense action, with edge-of-the-seat thrills and emotionally charged moments as the story pulls the audiences into the mind-bending multi-universe. There’s no doubt that adult animation is a space that is constantly growing, and we’re proud to be able to contribute and showcase our work within the genre.”

The good folks at HaZimation have shared the film’s trailer with AWN to give our readers a special sneak peek: