It's summer vacation and Polly and pals want to make this the best summer ever! All-new episodes of the animated series premiere on Netflix April 1. 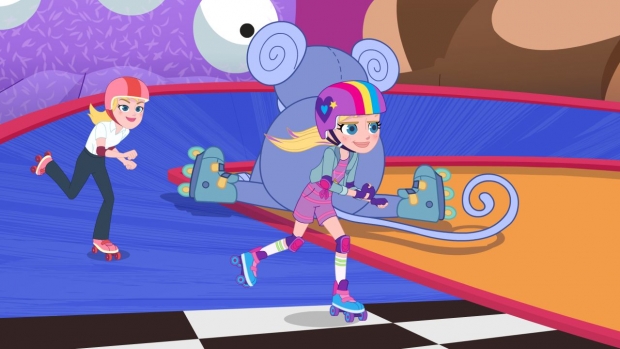 Season 4 of Mattel Television and WildBrain’s Polly Pocket animated series premieres April 1 on Netflix in the U.S., and we’ve got an exclusive look at the official “Summer of Adventure” trailer. In all-new episodes, Polly and her pals embark on the summer of a lifetime full of shrinking expeditions, treasured friendships, and surprises around every corner.

While the town of Littleton is on summer break, Polly and her friends Shani & Lila explore the diverse abilities of Polly’s magical shrinking power. From creating a hot chocolate delivery business to competing in the Littleton Games and all the wild adventures in between, there is clearly no mission Polly, her friends and her magic locket can’t face! The new season proves to young girls that they too are independent, brave, and resilient, further expanding the valuable principles that the series built its foundation upon.