Polly, her family, and friends, cook, bake, and eat their way through Littleton in Part 2 of Season 4, ‘Tiny Taste Adventures’ coming to Netflix August 1! 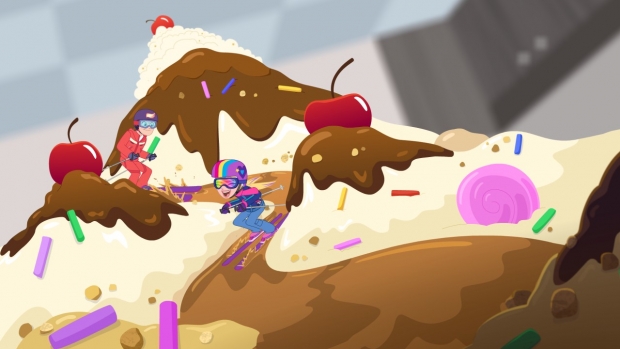 Part 2 of Season 4 of Mattel Television and WildBrain’s Polly Pocket animated series premieres August 1 on Netflix in the U.S., and we’ve got an exclusive clip to help fans work up an appetite for the all-new “Tiny Taste Adventures” episodes (catch it below).

In the new episodes, it's a mouthful of fun as Polly, her family, and friends cook, bake, and eat their way through Littleton. From apple picking with adorable puppies to entering a cake baking contest with her dad, Polly will find big flavors and big adventures!

This season, while the town of Littleton is on summer break, Polly and her friends Shani & Lila explore the diverse abilities of Polly’s magical shrinking power. From creating a hot chocolate delivery business to competing in the Littleton Games and all the wild adventures in between, there is clearly no mission Polly, her friends, and her magic locket can’t face! In the new season, young girls learn that they too are independent, brave, and resilient, further expanding the valuable principles of the series’ foundation.

Seasons 1-3 and Season 4, part 1 of Polly Pocket, are now streaming on Netflix.