Score an exclusive bundle or a chance to be drawn into the film in the crowdfunding campaign for 2D-animated adult feature directed by Aaron Augenblick. 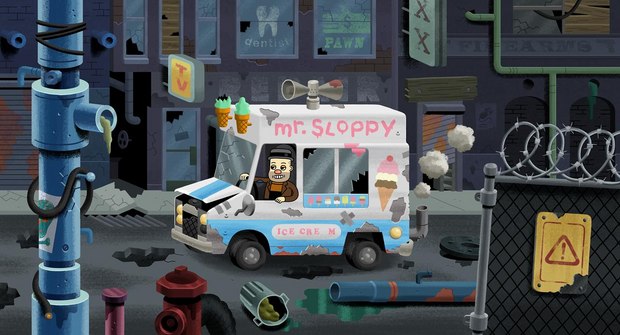 The studio has already raised more than $32,000 towards its flexible $100,000 goal, and are now offering two exclusive perks for AWN readers interested in supporting their crowdfunding campaign on Indiegogo:

The first perk, available for just $30, is an exclusive bundle including the Augenblick Studios’ Animation Master Class live stream, a printable Augenblick Coloring Book, and a digital copy of the movie for (15% off their Indiegogo price).

The second perk, available for $200, is to be drawn into the actual movie! Get drawn into the movie as a Sex Demon, Hot Angel or Barfly for just $200 (20% off the Indiegogo price), and also receive the Augenblick coloring book and a digital copy of the film.

Check out the pitch for the project in the player below:

Starring Sam Rockwell, Jeffrey Tambor, Steve Coogan, Nina Arianda, Dave Attell and Tyler The Creator, the R-rated The Adventures of Drunky follows a barfly named Drunky (voiced by Rockwell) in the middle off a cosmic bet between God (Tambor) and the devil (Coogan) over the fate of the Earth. With his life destroyed, Drunky must travel through Heaven and Hell to rescue the girl he loves (Arianda) and save the world. Assisting Drunky on his quest are an alley cat (Tyler The Creator) and a demon (Attell). The supporting cast includes Abby Elliott, John Leguizamo, Jon Glaser, Jay Pharoah, Noel Wells, James Adomian, Larry Murphy, Rachel Butera and Randy Pearlstein.

The Adventures of Drunky is being directed by Aaron Augenblick from his original concept, with the screenplay written by Augenblick and Aaron Bergeron. Lisa Thomas and Kris Wollinger of Augenblick Studios will produce along with James Belfer and Daniel Shepard of Cartuna, which recently produced the Sundance Film Festival special jury prize winner NUTS! Peter Lengyel and Adam Belfer are executive produces.