EXCLUSIVE: Listen to ‘Christmas Fizz’ From Aardman’s ‘Shaun the Sheep: The Flight Before Christmas’

Give a holiday cheer for an Aardman double header featuring today’s arrival of the digital Original Motion Picture Soundtrack and animated special; the quirky fresh tracks by Tom Howe are available on Lakeshore Records, while the stop-motion winter’s tale and its all-star sheepy cast is now streaming on Netflix. 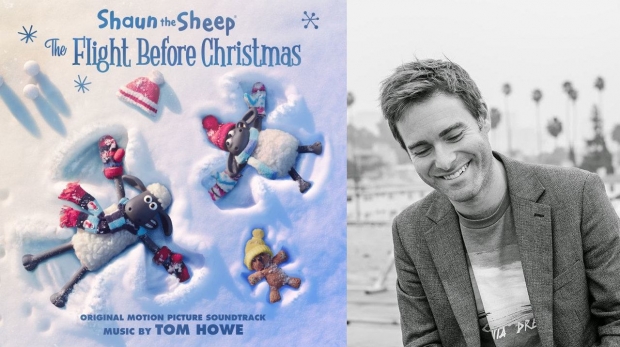 Have a listen to AWN’s exclusive posting of “Christmas Fizz,” and bring on the fizzy!

Howe brings a fresh, yet heartfelt familiarity to his quirky music for the now-classic stop-motion character created by the multi award-winning and independent British production company Aardman (Robin Robin, Wallace and Gromit, Chicken Run). The new, signature holiday film is now available on Netflix in the U.S., Latin America, Canada and parts of Europe and the Middle East on Netflix. It will also air on the BBC in the UK—date TBS.

In the 30-minute special, the world’s favorite sheep stars in his very own winter’s tale. Shaun's seasonal excitement turns to dismay when a farmhouse raid to get bigger stockings for the Flock inadvertently leads to Timmy going missing. Can Shaun get Timmy back before he becomes someone else’s present? Prepare for a ‘Santastic’ adventure as everyone learns the true value of Christmas!

Notes Howe, “Composing the music for Shaun the Sheep: The Flight Before Christmas was my fourth time working with Aardman. There is now a familiarity and easiness that makes the creative process, not only enjoyable, but also allows me to not be overly concerned with putting forward unusual ideas and suggesting different ways of doing things. That goes both ways and Aardman often steer me in directions I might never have thought about. There is action, comedy, quirk and like all Aardman projects, heart. I recorded at Abbey Road with Britain’s finest and loved the whole experience. I hope you do too. “