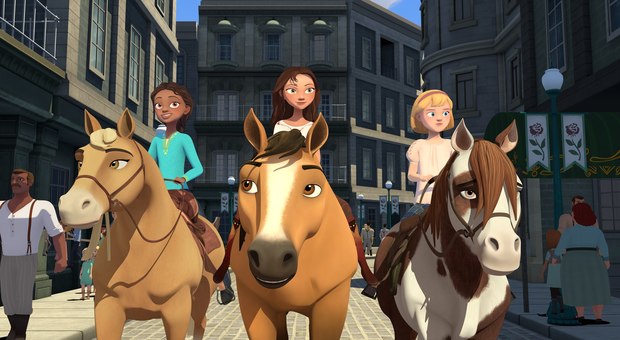 The eighth season of DreamWorks Animation’s Spirit Riding Free arrives on Netflix on April 5, and to help celebrate, we have an exclusive clip from the upcoming season to share!

Based on the Oscar-nominated animated feature, Spirit: Stallion of the Cimarron, Spirit Riding Free follows the heartfelt journey of a gutsy 12-year-old girl named Lucky who befriends a wild mustang she aptly names Spirit. In a small Western town, spunky ex-city girl Lucky forms a tight bond with Spirit while having adventures with best pals Pru and Abigail. Lucky and her friends explore a world filled with endless rides, magnificent horses and never ending fun! Together they push their own limits, harness the power of friendship and discover what it truly means to be free.

Watch the exclusive clip featuring the legendary rider Pru Granger in the player below: