Exclusive Clip: ‘The Great North: Xmas with The Skanks Adventure”

In the all-new episode airing this Sunday on FOX, when a long-lost family friend shows up at Lone Moose's White Elephant gift exchange, Beef is not happy, but on the brighter side, Moon rescues a reindeer! 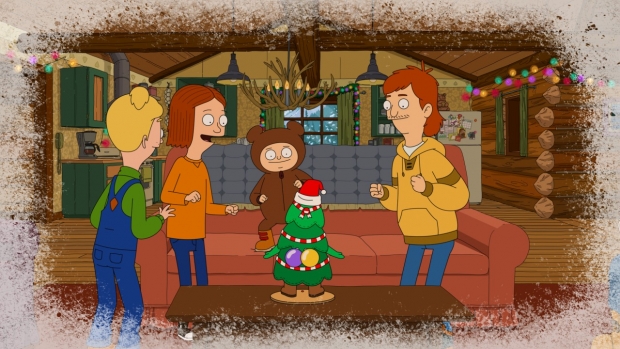 Happy Friday again!? This time on Wednesday! The weekend fast approaches, as does Christmas, and right now, that can only mean one thing: a special Xmas episode of The Great North is coming this weekend, and our friends at FOX have once again gifted us an exclusive clip for this Sunday’s upcoming episode. Merry Christmas!

In the all-new episode, when a long-lost family friend shows up at Lone Moose's White Elephant gift exchange, Beef is not pleased, and Moon rescues a reindeer Tune into the all-new “Xmas with The Skanks Adventure,” airing Sunday, December 11 (8:31-9:00 PM ET/PT).

The Great North follows the Alaskan adventures of the Tobin family. As a single dad, Beef (Nick Offerman, Parks and Recreation, Making It) does his best to keep his bunch of kids close – especially his only daughter, Judy (Jenny Slate, Bob’s Burgers), whose artistic dreams lead her away from the family fishing boat and into the glamorous world of the local mall. Rounding out the family are Judy’s older brother, Wolf (Will Forte, The Last Man on Earth); his fiancé, Honeybee (Dulcé Sloan, The Daily Show); Judy’s middle brother, Ham (Paul Rust, Love); and 10-year-old-going-on-50 little brother, Moon (Aparna Nancherla, A Simple Favor). While the children’s mother is not in the picture, Judy seeks guidance from her new boss, Alyson (Megan Mullally, Will & Grace), and her imaginary friend, Alanis Morissette (guest-voicing as herself), who appears to her in the Northern Lights.

In the exclusive clip, “Beef Gave Away the Tobin's Christmas Companion,” the kids reflect on Christmas past when their dad turned Scrouge and gave away their favorite holiday companion.