In the new episode airing October 17 on Fox, the Tobins tell their favorite stories about Delmer, determined to keep him awake and alive after he suffers a concussion from a dreadful ‘soup’ accident. 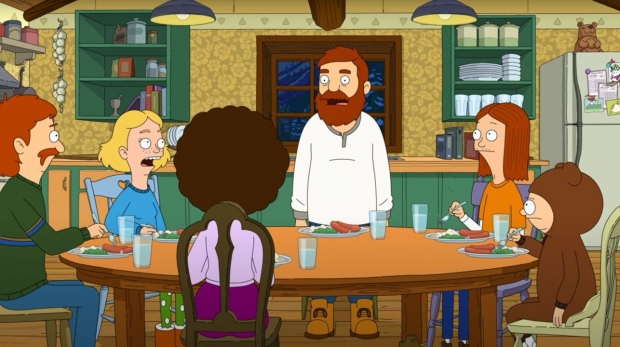 Once again, our friends over at Fox have shared an exclusive clip for The Great North’s upcoming Sunday episode. Animated by Bento Box Entertainment and produced by 20th Television, the adult 2D animated comedy series hails from Loren Bouchard, Wendy Molyneux, and Lizzie Molyneux-Logelin, the genius minds behind Bob’s Burgers.

In Sunday’s episode, “Wanted: Delmer Alive Adventure” the Tobins share their favorite stories about Delmer to keep him awake and alive after he suffers a concussion while eating soup. The all-new episode airs this coming Sunday, October 17 (8:30-9:00 PM ET/PT) on FOX.

Check out the clip, “Beef on His Way to Pick Up Delmer” – Beef gets an urgent call to pick up Papa D who has bumped his head during a “soup” accident.