In the all-new episode airing November 14 on FOX, Ham is assigned an after-school job at a restaurant as part of ‘Careers Week,’ and he’s in for a surprise! Meanwhile Moon develops a crush on an older woman. 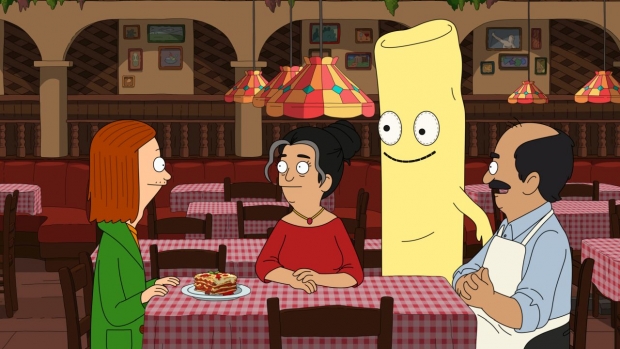 Happy Friday! Our weekend prospects just got so much better! Why? Because our friends at FOX have sent us an exclusive clip (yes, as they do most Fridays!) for The Great North’s upcoming Sunday episode, “Tasteful Noods Adventure.” Animated by Bento Box Entertainment and produced by 20th Television, the adult 2D animated comedy series hails from Loren Bouchard, Wendy Molyneux, and Lizzie Molyneux-Logelin, the genius minds behind Bob’s Burgers.

In Sunday’s episode, Ham is assigned an after-school job at a restaurant as part of “Careers Week” and gets an unexpected surprise. Meanwhile, Moon develops a crush on an older woman. The all-new episode airs in just two days - November 14 (8:30 PM ET/PT) on FOX.

In the exclusive clip, the gang is together and Judy can’t wait to share her excitement about her new job, but alas, she’s not the only one to land a primo gig. Check out the clip, “Judy has a new dream job.”