Exclusive Clip: ‘The Great North – Poetry of The Penals Adventure’

In the all-new episode airing May 1 on FOX, Wolf chaperones Ham and Judy on a school field trip to the abandoned Death Cliff Prison; meanwhile, Beef accidentally agrees to compose a poem. 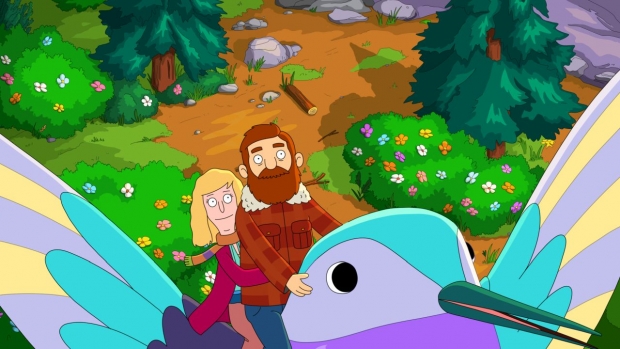 The Great North reminds me of the sound of wood crackling in the fireplace, the feel of a cool, brisk breeze on my cheek, a glass of fine merlot swirling in my hand, and of course, the belly laughs from watching the hilarious animated comedy that makes me almost look forward to Sunday night. So, once again just in time to get us into that weekend vibe, our pals at Fox have shared an exclusive clip: this week it’s “Beef Is Mesmerized and Agrees to Attend a Poetry Meeting” from this Sunday’s all-new episode, “Poetry of The Penals Adventure.”

In the episode, Wolf chaperones Ham and Judy on a school field trip to the abandoned Death Cliff Prison. Meanwhile, Beef accidentally agrees to compose a poem. Check it out Sunday, May 1 (8:30-9:00 PM ET/PT) on FOX.

In the exclusive clip, Beef Is Mesmerized and Agrees to Attend a Poetry Meeting, Beef meets a lovely lady and lies about being a poet: