In the all-new holiday-themed episode airing December 19 on FOX, when Jerry's Bigfoot costume gets stolen a few days before Christmas, Beef helps him track it down… and the Tobin kids try to build an elaborate gingerbread village. 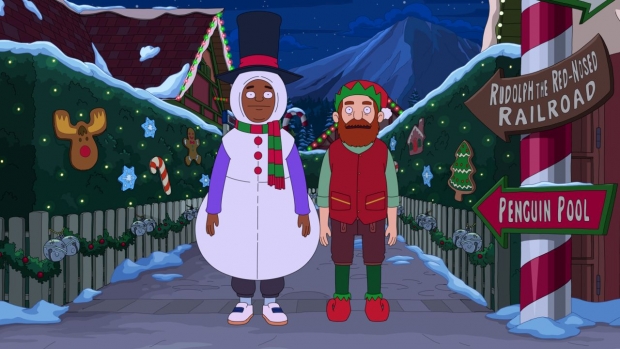 To get us even more into the holiday spirit, FOX has sent us an exclusive clip for The Great North’s upcoming all-new Sunday episode, “Dip the Halls Adventure.” Animated by Bento Box Entertainment and produced by 20th Television, the adult 2D animated comedy series hails from Loren Bouchard, Wendy Molyneux, and Lizzie Molyneux-Logelin, the genius minds behind Bob’s Burgers.

In Sunday’s episode, airing December 19 (8:31 PM ET/PT) on FOX, when Jerry's Bigfoot costume gets stolen a few days before Christmas, Beef helps him track it down… and the Tobin kids try to build an elaborate gingerbread village.

So how about that exclusive clip? Well, funny you should ask…

In this week’s exclusive clip, “Beef Waited To Find The Perfect Christmas Tree,” the Tobins decorate for Christmas… with the perfect sized tree that someone thinks is “smokin hot!”