In the new episode airing October 24 on FOX, Wolf discovers that Beef longs for a jet ski, and he’s determined to make it happen; Ham bonds with a novelty singing fish toy… so what else is new? 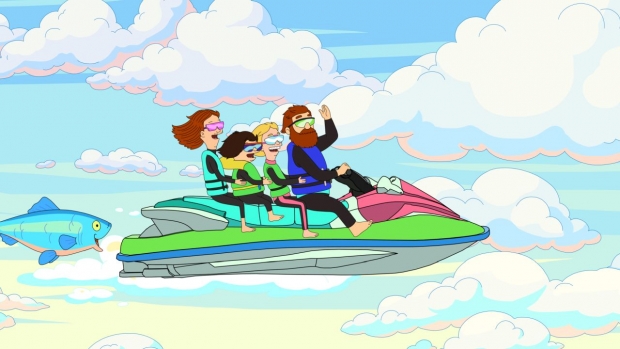 Wowzah! Once again, our friends at Fox have sent us another exclusive clip for The Great North’s upcoming Sunday episode. Animated by Bento Box Entertainment and produced by 20th Television, the adult 2D animated comedy series hails from Loren Bouchard, Wendy Molyneux, and Lizzie Molyneux-Logelin, the genius minds behind Bob’s Burgers.

In Sunday’s episode, “Beef's Craig Beef Adventure,” Wolf discovers that Beef secretly wants a jet ski, so he formulates a plan to get it. Then, Ham bonds with a novelty singing fish toy. The all-new episode airs this coming Sunday, October 24 (8:30-9:00 PM ET/PT) on FOX.

Beef’s turning 40 and the kids are concerned. Oy! Check out the clip, “Dad's Midlife Crisis.”