In the all-new episode airing November 21 on FOX, the Tobin kids and Honeybee take part in an old family tradition called ‘The Beef Hunt,’ while Beef wrestles with his greatest fear. 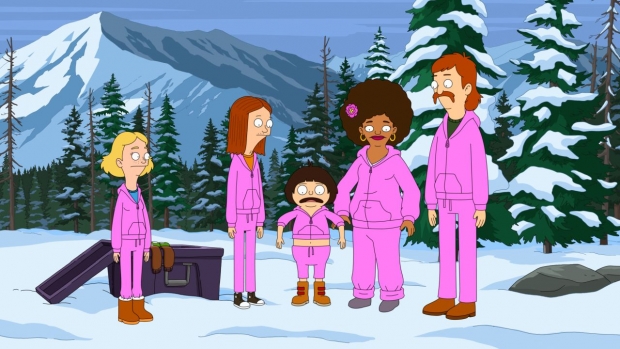 It doesn’t get any better than this! It’s almost Turkey Day and in honor of the upcoming holiday our friends at FOX have sent us an exclusive clip (well, yeah…maybe it’s not just for the holiday, they do this most Fridays!) for The Great North’s upcoming Sunday episode, “Good Beef Hunting Adventure.” Animated by Bento Box Entertainment and produced by 20th Television, the adult 2D animated comedy series hails from Loren Bouchard, Wendy Molyneux, and Lizzie Molyneux-Logelin, the genius minds behind Bob’s Burgers.

But wait! This is where it gets really good. This weekend, when you’re battling over the last box of stuffing at the grocery store and there’s no more fresh cranberries… and after heading home to stress over your last-minute plans for Thanksgiving… sit back, top off your wine glass (or adult beverage of your choice) and check out the exclusive clip and just maybe you’ll feel just a little bit better about yourself and yours, because isn’t that what TV is all about?

In the exclusive clip, the gang gets together to prep the day before Thanksgiving and it’s TENSE (sound familiar?), and to lighten the mood, Beef asks everyone to share what they’re thankful for. But of course, sarcasm and hostility prevail. Check out the clip, “The Day Before Thanksgiving Is Tense.”