In the all-new episode airing March 13 on FOX, the school is putting on a musical based on ‘The Perfect Storm,’ and Judy REALLY wants the lead; Moon must convince his family he’s ready to stay home alone. 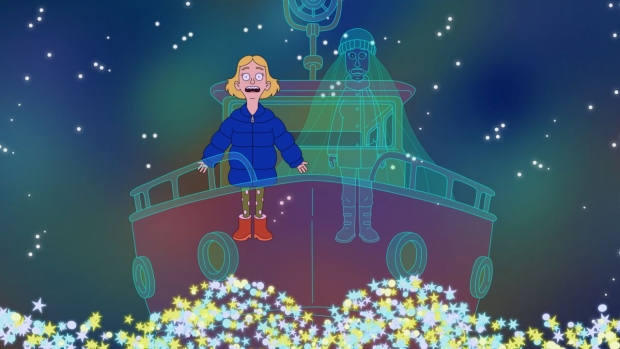 This Sunday when you’re grumbling that the weekend is almost over, you can look forward to one bright spot to fuel your inevitable return to the mundane week ahead – new animation on FOX! And now, as a special anticipatory treat, and to put a smile on your face, our good friends at FOX have shared another exclusive clip for an upcoming episode of The Great North, this one for Sunday’s episode, “Stools Rush in Adventure.”

In the all-new episode, the school is putting on a musical based on The Perfect Storm, and Judy desperately wants to be one of the leads. Meanwhile, Moon tries to convince his family he's ready to stay home alone for the very first time. Check it out Sunday, March 13 (8:30-9:00 PM ET/PT) on FOX.

In the exclusive clip, is the Tobin family headed to a “Perfect Storm” as they discuss their outsized hopes for the school musical? And will Moon be allowed to stay home alone?

Check out the clip Judy Nails the Auditions: