EXCLUSIVE CLIP: Go Behind the Scenes with the Hatchlings of ‘The Angry Birds Movie 2’

Take a peek as the feathered tykes are launched into outer space, and channel their inner Cowpoke; the sequel to Rovio’s 2016 animated hit, ‘The Angry Birds,’ is available now on Digital, and November 12 on 4K Ultra HD, Blu-ray and DVD. 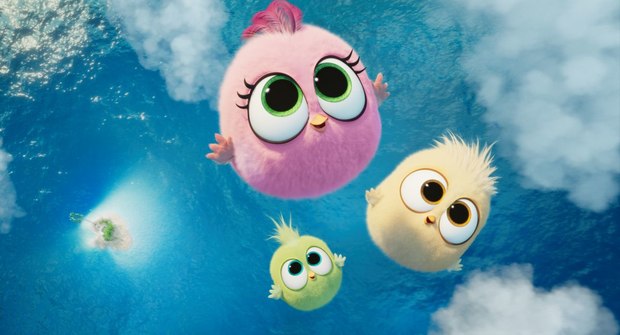 In support of today’s Digital release of the animated comedy feature, The Angry Birds Movie 2, Sony Pictures Home Entertainment has shared with AWN readers an exclusive clip that looks behind the scenes at the film’s adorable hatchlings, Zoe, Vivi and Sam-Sam, as they careen into outer space and channel their inner Cowpokes. The film will also be released November 12 on 4K Ultra HD, Blu-ray and DVD. Since Rovio’s first Angry Birds game launched back in 2009, various versions of the hugely popular property have been downloaded more than 4 billion times, spawning a franchise that includes numerous comics, books, theme park attractions and four animated series spinoffs, as well as the CG animated feature film, The Angry Birds Movie 2. Produced by Sony Pictures Imageworks, the sequel returns us to the blissful locales of Bird Island and neighboring Piggy Island, home to feuding angry birds and green piggies, who suddenly have to work together against a new foe, a villainess named Zeta, bent on conquering their tropical home.

The Angry Birds Movie 2 remains Rotten Tomatoes’ best-reviewed video game film of all time. Deadline’s Pete Hammond called it “a wacky, fast-paced delight,” while Variety’s Guy Lodge claimed, “one sequence may just be funnier than any scene from a comedy in the last year.”

The Angry Birds Movie 2 has a runtime of approximately 97 minutes and is rated PG for crude humor and action.