In the new episode airing June 7 on Fox, Duncan and Kimberly get sent to therapy camp in the hope they’ll stop fighting, and Jing is overwhelmed by all the attention she’s suddenly getting. 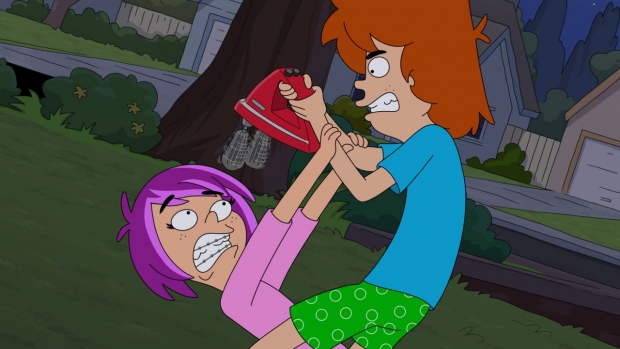 Our friends over at Fox have shared a new, exclusive Duncanville clip, this time from the show’s upcoming Monday evening episode, “Sibling Revelry.” Animated by Bento Box and produced by 20th Television Animation, Universal Television, and Fox Entertainment, Duncanville is co-created, and executive produced by the Emmy Award-winning husband and wife team of Mike and Julie Scully, and Emmy Award winner Amy Poehler.

In the upcoming episode, Duncan and Kimberly are sent away to therapy camp, so Annie and Jack can get them to stop fighting with each other. With the older kids away, Annie and Jack are left with Jing, who is overwhelmed by all the attention she gets. “Sibling Revelry” airs Monday, June 7 (9:30-10:00 PM ET/PT).

Take a look at the clip, “Can We Pretend To Get Along?” with guest star Horatio Sanz leading his paired-off campers across the “Trail of Trust,” where Duncan and Kimberly struggle to show their loving sides.