In Part 1 of the 2-part debut, featuring guest star Nick Offerman, the family takes its first vacation, and Duncan needs to know if Mia hung out with a guy over the summer; coming May 23 on Fox. 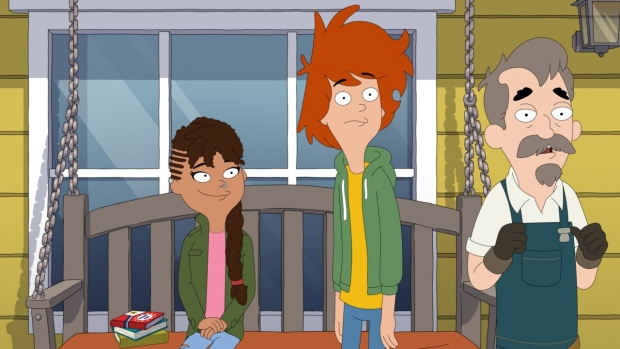 Our friends over at Fox have shared another exclusive Duncanville clip, “Girls and Nightstands,” from Part 1 of the all-new 2-part Season 2 premiere, “Das Banana Boot,” coming this Sunday, May 23 (8:30- 9:00 PM ET/PT).

In the Season 2 debut, Duncan avoids summer school for the first time, and the family goes on vacation. On their getaway, Annie and Jack are haunted by another vacation couple, while Duncan agonizes over Mia’s Instagram, and Kimberly gets a glow-up.

Take a look – and while you’re at it, check out AWN’s interview with series co-creators: Julie and Mike Scully Talk ‘Duncanville’.

This past April, Duncanville was renewed for Season 3; after this Sunday’s Season 2 premiere, the show moves into its regular Monday time period on May 31 following the debut of the all-new animated comedy Housebroken.

Other storylines in the new season include Duncan saying the one thing no kid should ever say to their dad, which shifts their power dynamic; Duncan and Kimberly get sent to therapy camp; Jing and Jack starting a child birthday band together, with Annie managing them; and Duncan racing stock cars. You can find Season 1 episodes on FoxNOW and Hulu.