In the new episode airing July 12 on Fox, Jack coaches Jing’s little league soccer team, but feeling he’s too easy on the kids, gets Duncan to yell at the team; Annie takes Kimberly to work with her after having a falling out with her friends. 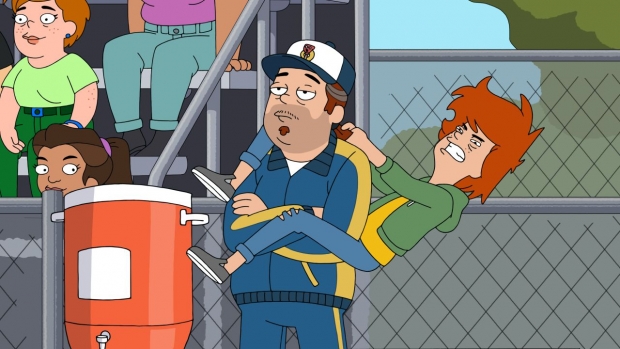 It’s Friday Duncanville clip time, which means our friends over at Fox have sent us another exclusive clip from the upcoming Monday episode. This week, it’s from the Monday, July 12 episode, “Crimes and Misters Demean Her.” Animated by Bento Box and produced by 20th Television Animation, Universal Television, and Fox Entertainment, Duncanville is co-created, and executive produced by the Emmy Award-winning husband and wife team of Mike and Julie Scully, and Emmy Award winner Amy Poehler.

In Monday’s episode, Jack coaches Jing’s little league soccer team, but when he feels he’s too easy on the kids, he calls on Duncan to yell at the team to get them to win. Meanwhile, Annie takes Kimberly to work with her after she has a falling out with her friends. “That Jing You Do” airs Monday, July 12 (9:30-10:00 PM ET/PT) on FOX.

Check out the clip, “A Tougher Coach Is Needed,” with guest star Gerald McRaney as Jack’s dad, Dick Harris, in a flashback homage, or parody, or whatever, of what should have been a fond memory of sporting achievement.