Duncan finds a knife while Jack and Annie discover they can sell their clothes online; singer Jessica Simpson and journalist Jake Tapper make guest-voice appearances in the new episode airing May 8 on FOX. 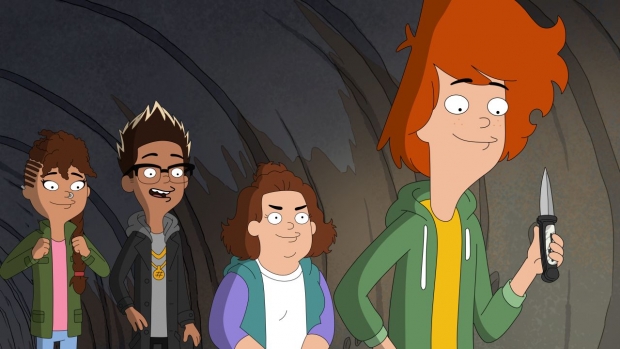 It’s Duncanville clip time, which means our friends at FOX have once again given us a peek into the future… at least the future of Duncanville! This week it's from the upcoming Sunday, May 8 episode, “Clothes and Dagger.” Animated by Bento Box and produced by 20th Television Animation, Universal Television, and Fox Entertainment, Duncanville is co-created, and executive produced by the Emmy Award-winning husband and wife team of Mike and Julie Scully, and Emmy Award winner Amy Poehler.

In Sunday’s episode, Duncan gets a knife and becomes the alpha of his friend group. Meanwhile, Jack and Annie discover they can sell their clothes online. To add to the excitement, singer Jessica Simpson and journalist Jake Tapper make guest-voice appearances this week! “Clothes and Dagger” airs Sunday, May 8 (7:30-8:00 PM ET/PT) on FOX.

In our exclusive clip, “Duncan Finds a Knife,” well…Duncan finds a knife! He starts to destroy the furniture in his home and hurt himself, and not surprising, his parents are not impressed.