The little tractor who’s big on helping others rolls into Season 2 with new adventures and new friends; all-new episodes hit the streamer this month. 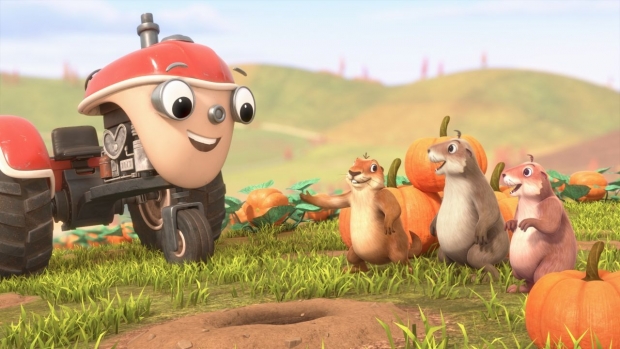 Get ready for another season of Apple TV+’s animated adventure, Get Rolling with Otis, coming to the streamer September 30. Based on the Penguin Random House book series by Loren Long, the animated adventure series from 9 Story Media Group and Brown Bag Films welcomes young viewers to Long Hill Dairy Farm, home to Otis the tractor and all his friends.

In the series, Otis may be little, but he has a big heart. Whenever he sees a friend in need, he hits the brakes, asks how they're feeling, and rolls into action to help! The new season features new adventures, new friends, and a little tractor who’s big on helping others.

As a special treat, our friends at Apple TV+ shared an exclusive clip with AWN from the upcoming all-new season. In the clip, big-hearted Otis is, as always, ready to help…even when his friends get a little “Rusty:”