Everything We Know About ‘The Mandalorian’ Season 2

Series creator Jon Favreau breaks down the show’s new format, hinting it could be the ‘Star Wars’ equivalent of ‘Game of Thrones’ when it premieres October 30th on Disney+. 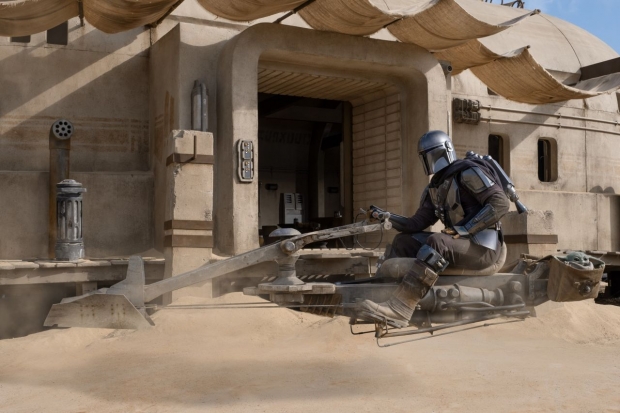 Just when we thought we couldn’t get any more excited about The Mandalorian Season 2!  Series creator Jon Favreau recently revealed that the second season of the beloved and highly anticipated Star Wars spinoff will introduce more characters, enlisting a storytelling format quite similar to a fan favorite HBO fantasy series. Favreau sat down with Entertainment Weekly and explained, "The world was really captivated by Game of Thrones and how that evolved as the characters followed different storylines — that's very appealing to me as an audience member."

Adding validity to this exciting statement, Rosario Dawson (Daredevil, Rent) and Timothy Olyphant (Santa Clarita Diet, Fargo) are rumored to be joining the cast. Hopefully, this means we won’t be seeing any less of our beloved Child, but we are very ready for a potential Cara Dune - Queen of Dragons moment.

The series will start up right where the first season ended as Mando and The Child escape the clutches of Moff Gideon. Pedro Pascal, Mr. Din Djarin himself, says of his character in the new season, “He is very much a passenger to the experience in unexpected ways — not knowing what’s to come, not knowing how much or how best to protect the Child. We don’t know how far he will go to do that, and they’re finding new ways to push the envelope.”

Season 2 will reportedly span eight episodes of varying lengths, helmed by a team of directors, much like the first season. This is all very good news, but we’re most excited for Dawson’s highly anticipated debut as Ahsoka Tano. The Force was really with us on that one.

Catch The Mandalorian Season 2 when it premieres October 30th on Disney+.