Multi-award-winning short film co-produced by Croatia’s Bonobostudio and the National Film Board of Canada released online as a Vimeo Staff Pick. 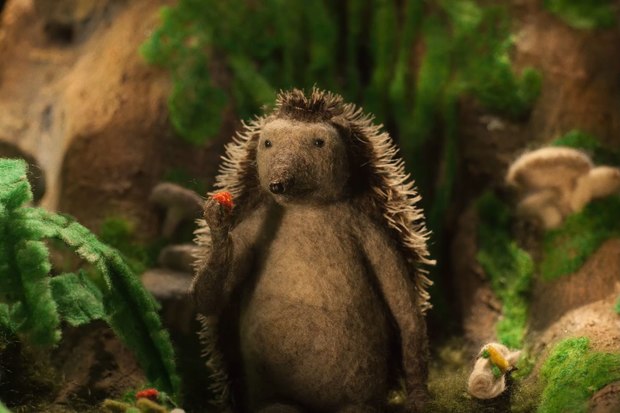 ‘Hedgehog’s Home’ directed by Eva Cvijanović. ©2017 The National Film Board of Canada & Bonobostudio.

As we close out 2018 there have been a number of award-winning short films released online, including Eva Cvijanović‘s exquisitely polished stop-motion adaptation of the classic Branko Ćopić tale, Hedgehog’s Home.

The multi-award-winning and Annie Award-nominated film, a co-production between Croatia’s Bonobostudio and the National Film Board of Canada, is now available to watch online following a highly successful run of official selections at some of the industry’s most prestigious festivals, including Berlinale (Special Mention), Sundance, OIAF (Honorable Mention), Animafest Zagreb (Audience Award/Special Jury Award) and Annecy (Young Audience Award).

The 10-minute short is a timeless and delicately choreographed tale that revives the notion of cultivating our own place of safety, dignity and comfort, no matter how big or small. Narrated by Kenneth Welsh of Twin Peaks fame, Hedgehog’s Home is the follow-up to Cvijanović’s 2013 2D animated short, Seasick, a dreamlike pen-and-ink maritime escapade that screened at TIFF in 2017. The Sarajevo-born, Montreal-based Cvijanović was also previously a participant in the NFB’s Hothouse apprenticeship program for emerging Canadian filmmakers, where she completed The Kiss, in 2011.

The full film, which made its online debut as a Vimeo Staff Pick, can be seen below, along with a making-of video showcasing the incredible craft that went into bringing Hedgehog’s Home to life. Want more? Revisit AWN’s interview with the director from OIAF 2017: Embracing Imperfection: Eva Cvijanović Talks ‘Hedgehog’s Home.’