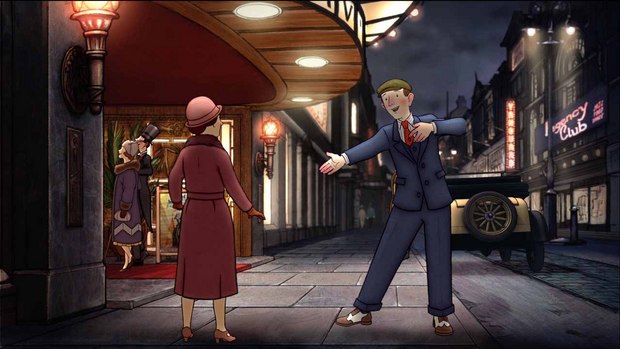 ‘Ethel & Ernest’ won both best feature film and the audience award at the 41st Cinanima 2017 animation awards in Portugal.

A fixture on the international animation circuit since 1976, the Cinanima animation festival has worked continuously to promote animation and its authors.  This year 1338 films were submitted from 67 countries, with Ethel & Ernest winning the audience award from the 109 films selected for presentation.

“Ethel & Ernest may have been set firmly in 20th Century London but it's striking a chord with audiences and juries across the world -- from Asia to South America,” says producer and Lupus Films' co-founder Camilla Deakin. “We are delighted that it is continuing to get such extraordinary recognition from the industry in the run up to the U.S. awards season.”

Voiced by Jim Broadbent, Brenda Blethyn and Luke Treadaway, with a score by Carl Davis and an original song written by Paul McCartney, Ethel & Ernest is based on the award-winning graphic novel by Raymond Briggs and follows the story of his own parents – two ordinary Londoners living through a period of extraordinary social change. The film was produced by Lupus Films in association with Ethel & Ernest Productions, Mélusine Productions and Cloth Cat Animation and supported by the BFI, BBC, Film Fund Luxembourg, UPHE Content Group, Ffilm Cymru Wales and the Welsh Government.