Veteran animator was also known for his work on ‘Heavy Metal’ and ‘Stressed Eric.’ 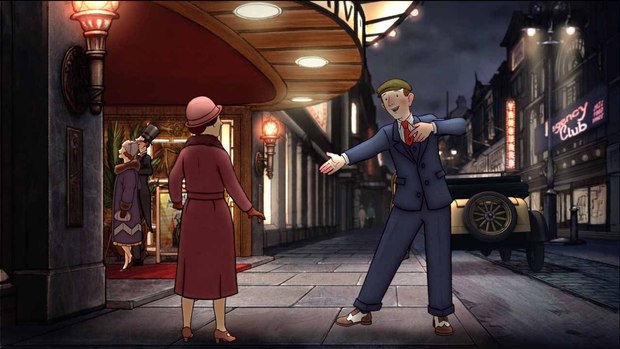 Veteran animator was also known for his work on ‘Heavy Metal’ and ‘Stressed Eric.’

Animation director Roger Mainwood, who wrote and directed the award-winning hand-drawn 2D feature Ethel & Ernest, based on British author and illustrator Raymond Briggs’ true story about his parents, died this past Monday after an illness, according to numerous press reports.

Mainwood spent many years developing Ethel & Ernest, adapting the author’s graphic novel and storyboarding the majority of the film himself. The film, produced by Lupus Films’ Camilla Deakin and Ruth Fielding, was released in 2016 to tremendous critical acclaim. The all-star voice cast includes Oscar winner Jim Broadbent and Golden Globe winner Brenda Blethyn in the title roles. The film also features a score by internationally-renowned composer Carl Davis and an original song written by Paul McCartney.

A team of around 300 people in London, Cardiff and Luxembourg brought Ethel & Ernest to life using a combination of hand-drawn and hand-painted techniques. The finished film consisted of 67,680 individually hand drawn frames, 309 individually colored costumes and 686 hand painted backgrounds.

In a Screen Daily post, Ethel & Ernest producer Camilla Deakin remarked, “Roger was very calm, focused and determined. Without his single-minded clarity of vision the film could never have happened. But he was also a very considerate, collaborative and respectful director, always appreciating the work of others on the crew and never afraid to get his hands dirty at the coal-face of animation production, doing everything from drawing the storyboard to organizing the asset database and writing copy for the website.”

Mainwood’s career spanned almost 40 years – he was an animator, animation director, writer and director on a host of TV series and films, including segment of 1981’s Heavy Metal, 2000’s Stressed Eric and Little Princess, which ran from 2007-2012.

He is survived by wife Valerie and daughters Naomi and Miriam.