Now in its fourth year, The VFX Festival 2016 will be held February 23-25 at Cineworld at the O2 Centre in London. 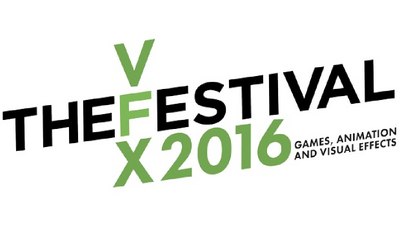 LONDON -- THE VFX FESTIVAL is back for 2016, and bigger than ever, bringing the best in VFX, games, animation and motion graphics. Presented by Escape Studios, part of Pearson College London, The VFX Festival 2016 will be held February 23-25, 2016 at Cineworld at the O2 Centre in London.

The Visual Effects Festival celebrates excellence in the UK Visual Effects, Games and Animation Industries for those with a creative thirst in the Creative Industries. With the biggest names in the industry enlightening attendees with insider info, workshops and exclusive premieres, the festival will showcase the best Visual Effects, Games and Animation talent in the UK. A hub of inspiration for like-minded people, it’s a place where students, graduates and professionals can find out more and make crucial and informed decisions about their careers.

The festival will include presentations and panel discussions from the VFX, Animation and Games industries. The overall theme of next year’s edition is The Sweet Spot, covering the convergence of technologies across the industries to produce the next big thing. How are the big players in industry responding to the rise of VR, AR and other media sharing tech? How does this inform the skillset required for the next generation of VFX practitioners?

Many top VFX facilities, Including Industrial Light & Magic, Framestore, Double Negative, MPC, Cinesite and The Mill, will be participating in the festival with industry panel discussions, recruitment events, and presentation showcase speakers, as well as booths in the exhibition space. Other participating companies include Glassworks, Blue Bolt, Blue Zoo, Aardman, Passion Pictures, Jellyfish, Climax, Milk, State of Play/King, Rushes, Method Studios, The Third Floor and Electric Theatre Collective, with others still to be announced.