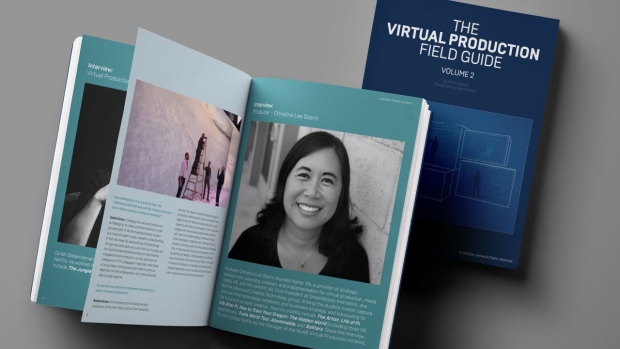 Epic Games has just released the second volume of its Virtual Production Field Guide, a free in-depth resource for creators involved with virtual production in film and television. Available as a PDF download, the new guide volume goes in-depth into areas such as workflow evolutions including remote multi-user collaboration, new features released in Unreal Engine, and what’s coming this year in Unreal Engine 5; it also includes case studies and two dozen new interviews with industry leaders about their hands-on experiences with virtual production.

The first volume of the Virtual Production Field Guide, released in July 2019, was designed as a foundational roadmap for the industry as adoption of virtual production techniques was beginning gain steam. Since then, many additional high profile virtual productions have been completed, with new methodologies developed and tangible lessons ready to share with the industry. The second volume expands upon the first with over 100 pages of all-new content, covering a variety of virtual production workflows including remote collaboration, visualization, in-camera VFX, and animation. It also examines a variety of workflow scenarios, the impact of COVID-19 on production, and the growing ecosystem of virtual production service providers.