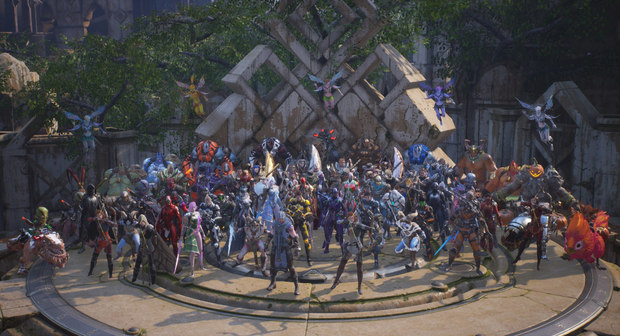 CARY, NC -- Epic Games has released its final batch of Paragon Hero assets to the Unreal Engine 4 developer community, with a total of 19 AAA-quality characters valued at over $5 million in development investment now available free-of-charge.

This final round follows two previous releases in March and August -- developers can download Paragon packs to use in their own UE4 projects with no strings attached. To date, Epic has released more than $17 million worth of content from its high-end multiplayer online battle arena game, including dozens of characters with their custom animation blueprints, visual effects and audio dialogue, along with environment set pieces and sample maps.

“We’ve been impressed by the different ways Unreal developers are leveraging the Paragon assets for their own projects, both commercial and personal,” said Amanda Bott, Unreal Engine community manager at Epic Games. “We’re thrilled that folks are getting real value out of the content and can’t wait to see what comes out of this latest release.”

Visit the Unreal Engine Marketplace at https://www.unrealengine.com/en-US/paragon to download Paragon packs and learn how to get started. Epic encourages developers to share their work on social media with the tags #UE4 and @UnrealEngine.