Chosen developers around the globe are building independent games, tools and an animated feature film in Unreal Engine 4. 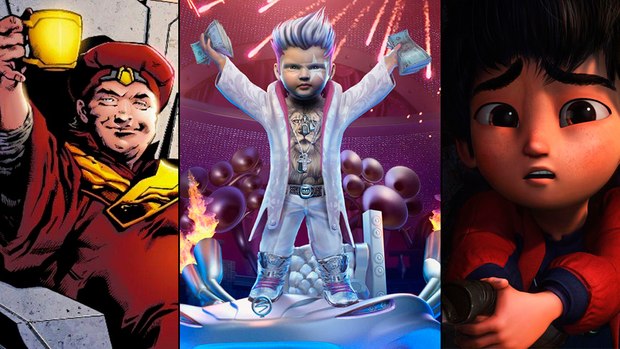 CARY, N.C. -- Epic Games announced the recipients of the latest round of Unreal Dev Grants totaling over $200,000 in no-strings-attached funds for talented creators.

Established in February 2015, Unreal Dev Grants is a $5 million development fund to provide financial support for teams and individuals doing impressive work in and around Unreal Engine 4, awarded without any restrictions or obligations by Epic Games.

To date, the program has helped showcase the breadth and diversity of projects powered by Unreal, with this most recent set of 13 recipients hailing from across North America, Europe, China, Korea, Australia and Pakistan. Unreal Dev Grant alumni include Astroneer, which developer System Era recently launched in Alpha; Beethoven and Dinosaur’s highly anticipated The Artful Escape, which Annapurna Interactive signed in 2017; and Polyarc’s award-winning Moss, coming next month to PlayStation VR, among many other recipients.

"Receiving an Unreal Dev Grant is a huge achievement since we are using Unreal Engine in the full production of a film," said Usman Iqbal, head of production, 3rd World Studios. "Our film wouldn’t be possible without Unreal's fast, built-in tools like Sequencer, the immensely powerful Material Editor, particle editing, post-process effects, and so forth. We can make constant improvements to heavily populated sets that have dynamic foliage, furry animals and lots of particles. This would not be possible if we were using a regular rendering pipeline. Thanks to Epic for enabling an indie studio like ours to Dream Big."

"Unreal Dev Grants is our way to reward and highlight the incredible talent that makes up the Unreal development community," said Chance Ivey, partnership manager, Epic Games. "These projects show what is possible when you combine passion with creative technology, and stand as examples of why we do what we do."

The latest round of grant recipients includes: