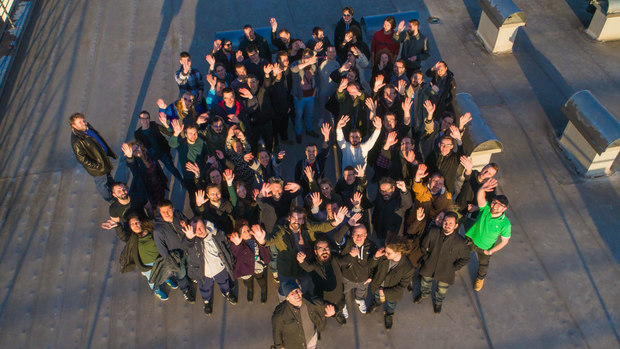 CARY, N.C. – Epic Games has announced that 3Lateral, the leading developer of digital humans technology and creative content, has joined with Epic in an acquisition that will bring significantly increased investment in the 3Lateral team’s efforts. The Serbia-based group will continue supporting game industry, film, and television partners while working to advance the state of the art in Unreal Engine’s support for virtual humans and creatures.

Epic and 3Lateral share a track record of groundbreaking Unreal Engine-based collaborations, including the animated short A Boy and His Kite, real-time performance capture and moviemaking in Hellblade: Senua’s Sacrifice, and the photorealistic, real-time Siren and Digital Andy Serkis demonstrations.

“Creating digital humans requires deep understanding of every aspect of our appearance and motion, both of which portray our inner self and tell stories around us,” said Vladimir Mastilovic, founder and director of 3Lateral. “We read all these visual cues with great precision as instinct to analyze an image of another human being is deeply embedded in our DNA. Observing, analyzing and reconstructing these mechanisms has always fascinated us at 3Lateral, and we are excited to have joined a like-minded team at Epic Games with such strong desire to solve this near impossible problem.”

According to Tim Sweeney, founder and CEO of Epic Games, “Real-time 3D experiences are reshaping the entire entertainment industry, and digital human technology is at the forefront. Fortnite shows that 200,000,000 people can experience a 3D world together. Reaching the next level requires capturing, personalizing, and conveying individual human faces and emotions.”

Mastilovic will lead Epic’s worldwide digital humans efforts; the 3Lateral team will continue to support all of its partners; and Epic’s new presence in Serbia will serve as a base for recruiting technical and creative talent in the region.

Epic Games is the creator of Fortnite, Unreal, Gears of War, Shadow Complex, and the Infinity Blade series of games. Their Unreal Engine technology brings high-fidelity, interactive experiences to PC, console, mobile, AR, VR and the Web, and is freely available at unrealengine.com.