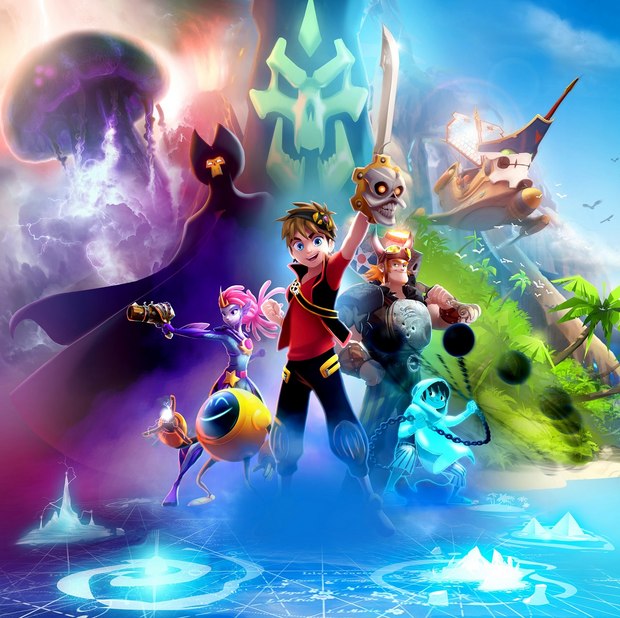 The brand new series, conceived by Man Of Action, creators of Ben 10, will be produced by ZAGTOON, Method Animation and eOne Family. Philippe Guyenne (Iron Man animated series) will direct Zak Storm, which will air on multiple broadcasters including France’s No.1 kids network, GULLI, from 2015.

The 39 x 30’ CGI animated series is aimed at children aged 6-11 years old.  eOne holds global distribution rights to Zak Storm which will be available for pre-sales at MIPCOM. Delivery of the series will commence from fall 2015.

Zak is a regular kid in the middle of a surfing competition when he gets sucked into the Seven Seas of the Bermuda Triangle and finds himself the captain of a ship of misfits. He partners up with a magical talking sword named Calabrass allowing him to power up into various protective armours with weapons to help him face the numerous perils of this foreign land.

To escape from these strange and unpredictable waters, Zak must learn how to master all the powers of his enchanted sword and figure out how to lead his crew in defeating the evil Skullivar – the fiercest pirate that ever was, is, or will be, and find the opening that will lead them all back home!

Olivier Dumont, Managing Director, eOne Family and eOne Licensing said “We are thrilled to be partnering with the best creators and companies in the business to enter the genre of “action adventure comedy”. ZAGTOON, Method Animation and Man of Action have an impressive track record in creating hit animated series’ and they have enlisted ‘A’ list talent on this production. Zak Storm is a fantastic addition to the eOne Family stable and perfectly complements our portfolio which includes global pre-school hits Peppa Pig and Ben and Holly’s Little Kingdom. Combined with the brand building skills of eOne Family and the amazing outreach of broadcasters such as GULLI, we are on track to create a hit series that will capture the imagination of 6-11 year old kids.”

“Since the very beginning, I’ve always wanted to create and produce a TV series with heroic adventures on an epic scale,” said Jeremy Zag, CEO & Executive Producer, ZAG. “Zak Storm is the perfect universe, and the perfect format (39 x 30’) in which to bring this to life. With the genius minds of Man Of Action, we’ve created a uniquely original world with amazing characters and epic landscapes. I’m very proud to be bringing this to the kids of the world with our fantastic partners. ”

“With great themes, laugh-out-loud comedy, exciting action-packed storytelling, Zak Storm is a multi-faceted rollercoaster ride of adventure,” said Jared Wolfson, Head of Content & Executive Producer, ZAG. “We look forward to establishing not only a world that kids will be pulled into via the exciting entertainment content, but also a world that inspires continued play value in various other forms of content that will be available through Licensing & Merchandising partners.”